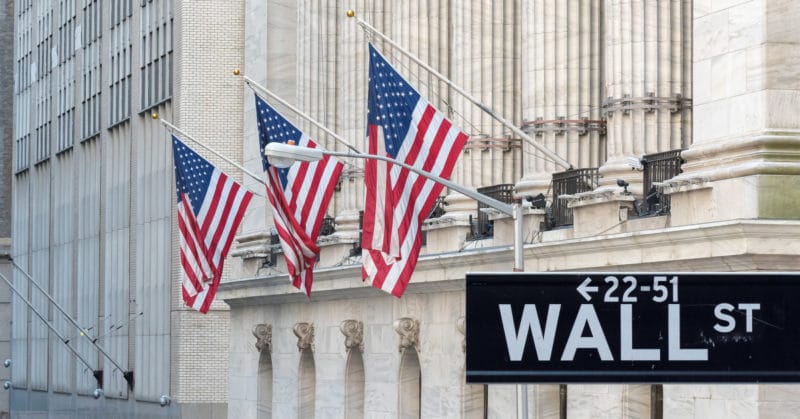 Let’s talk about Wall Street – how it works and what’s its relation with crypto.

Here is a great quote from former hedge fund manager Ben Hunt on the business model behind Wall Street.

“Most people on the outside of Wall Street think that the goal is to invent or accumulate an asset that goes up in price a lot. They think that’s winning.

What I would say to you is that is not how Wall Street works. They really don’t care about the price of anything.

The way that you make real money is not by the price of something going up, it’s by being in the middle of flow.”

In Ben’s vernacular, “flow” is the never-ending river of money that is looking for investments.

Wall Street is a marketplace that has a similar business model to many “platform” business models you see today. It is entirely based on facilitating and taking slices of transactions.

On its best days, Wall Street ensures that capital is properly allocated to companies that deserve it. On its worst days, it’s a casino that is happy to milk its customers to the bone.

Ben references the great financial crisis as an example of how this business model can go bad.

“The great financial crisis was all based on the creation of a new asset class called ‘non-conforming residential mortgage-backed securities.’ It was this brilliant idea that there are two parts to mortgages – a loan and the deed.

What if we cut those in two? So that we separated the loan part from the deed or collateral part. We’ll take all these loans and pool them together, tranche them up, and then we’re going to sell them.

This became a $10 trillion asset class. And all of this, the changes in the laws around mortgages, it was all part and parcel of creating a thing where Wall Street could get in the middle of trillions of dollars of flow.”

The system is a real-world manifestation of the paperclip maximizer problem, a thought experiment that explores the danger of artificial intelligence.

The thought experiment warns of the danger of a single-minded AI tasked with ‘maximizing’ the creation of paperclips, which in its most extreme case could end with a world full of paperclips and every human dead.

Wall Street is like the AI running that paperclip factory. It is a closed system guarded with gatekeepers that are incentivized to keep churning out paperclips, no matter what.

How do crypto ‘hodlers’ fit into that?

Crypto is the complete antithesis of Wall Street. It is an open, transparent system that is built on the premise of financial inclusion.

The industry encourages financial control and independence, and famously advises its participants to “HODL” as a means of building wealth.

Crypto is designed to eliminate the need for centralized intermediaries and all of the perverse incentives that accompany them. So was the internet though, and we all know how that worked out.

This is an ideal read for the European investor who is looking for growing his/her wealth fast and is ready to assume more risk.

There are very few, if any, get-rich-quick schemes that work long-term in the world, however, it is true that some investing and trading strategies can get you on the path to greater wealth much faster when compared to traditional, passive and low-risk investments such as savings accounts or index funds. Not to mention that things like term deposits and savings accounts have become useless for investment purposes, as banks offer rates of close to 0% or even negative interest in some cases.

Therefore, investors are forced to look at alternatives for growing their net worth. I’ve written many articles on such alternatives, such as P2P lending, real estate developments, precious metals, and even cryptocurrencies like Bitcoin and Ethereum.

In this article specifically, we are going to focus on market trading using forex and CFDs. These are not for the beginner with a low-risk appetite, as they come with considerable volatility and the possibility of losing your entire investment. As always, the flip side is the possibility of growing your pot relatively quickly. So if you already have investment experience and want to learn about some new possibilities, read on.

END_OF_DOCUMENT_TOKEN_TO_BE_REPLACED 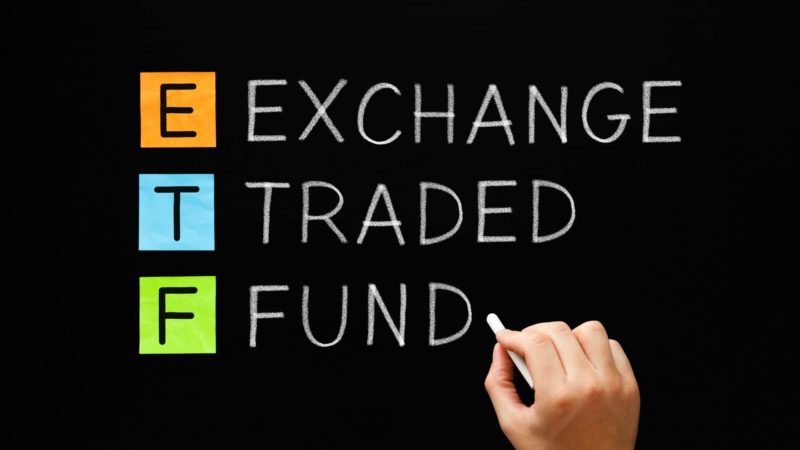 Your capital is at risk. Other fees apply. For more information, visit etoro.com/trading/fees.

If you’re looking to build a portfolio of stocks, bonds, or other asset classes – you might want to consider an ETF. In doing so, you’ll often be investing in hundreds of financial instruments through a single trade.

As such, you can easily diversify without needing to pick and choose investments on a do-it-yourself basis. This might be particularly attractive for those of you that don’t quite know how to research and analyze the financial markets.

In this guide, I explain everything there is to know about ETFs. This includes the fundamentals of how ETFs work, what assets they give you access to how, and which brokers are worth considering.

END_OF_DOCUMENT_TOKEN_TO_BE_REPLACED 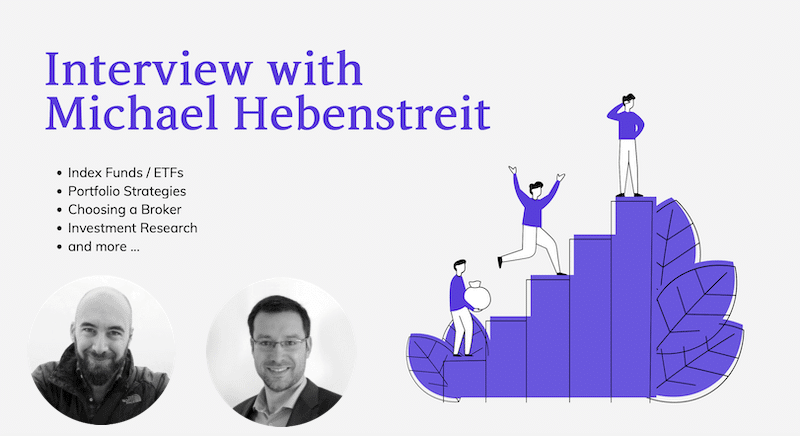 I attribute a big part of my success in various areas of my life to the fact that I love networking and meeting new people. This in turn leads to amazing conversations or new nuggets of knowledge that I then build upon. Almost every single big win that I’ve had can be traced to a person or string of connections who inspired me or showed me the way in some form or another.

Today I have the pleasure of presenting to you my friend Michael Hebenstreit, who has been one of the main influences in my stock investing journey so far. Of course, I’ve also done my part by covering the basics by devouring many books related to investing in the stock market, including the biographies of historically successful investors and their frameworks for decision making. Have a look at this book (actually just vol.1 of a series of books on the same topic) if you want to learn how to think about the world like the very best amongst us.

END_OF_DOCUMENT_TOKEN_TO_BE_REPLACED 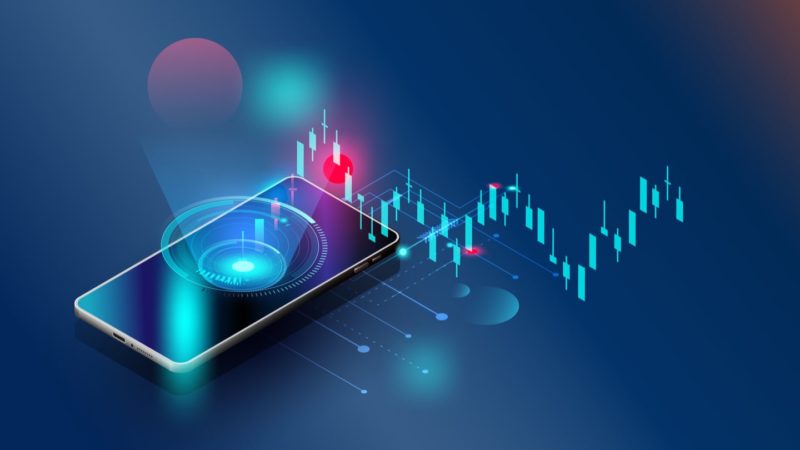 If you’re interested in trading assets on the move – whether that’s stocks, commodities, forex, or cryptocurrencies, it’s well worth doing so with a broker that offers an app. This will ensure that you can place buy and sell orders at the click of a button no matter where you are.

Additionally, the best trading apps allow you to easily check your portfolio, deposit/withdraw funds, and contact customer support. With that said, most online brokers now offer an app on both iOS and Android devices, meaning you have hundreds of providers to choose from.

In this post, I help clear the mist by discussing my favorite trading apps available in the market right now. I’ll also discuss the many factors you need to consider in choosing a trading app for your personal financial goals.

Why Get a Trading App?

It goes without saying that this post is only going to be relevant if you have a keen interest in trading. But, if you do, I think it’s crucial that you have access to a fully-fledged trading app alongside your primary desktop platform.

However, depending on the type of trading you intend on doing, you might choose to invest purely via your mobile phone. For example, if you are simply looking to buy and sell stocks, this is perfectly feasible.

See also: My guide to the best crypto trading apps

On the other hand, if you are a day trader that likes to perform advanced technical analysis – then you won’t be able to do this on a mobile phone. Instead, you’ll need to revert to the broker’s main online platform or desktop software.

Nevertheless, below I discuss the many reasons why you should consider a trading app if this is a sector you are already involved in or one you are interested in pursuing.