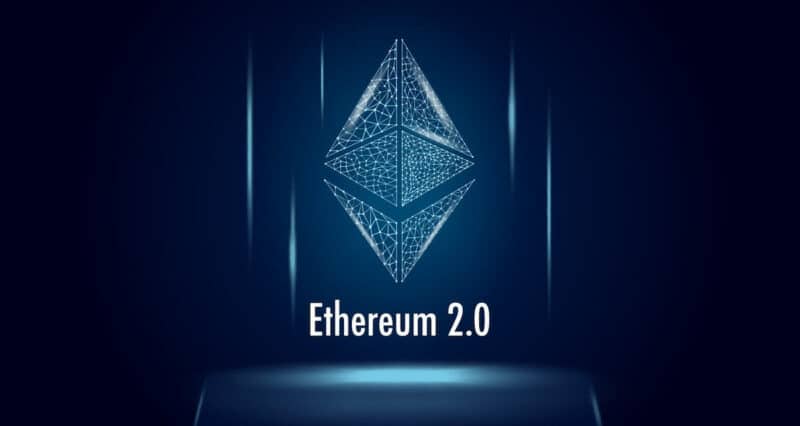 Ethereum is a proof-of-stake network, and you can participate in transaction validation on this chain by staking ETH.

There are various ways you can start staking. Let’s consider a few of them.

Option 1 – Do your own staking

This is the most advanced option but ensures you are not using any middlemen. If you’re staking on your own, you need to deposit a minimum of 32ETH, and that ETH then gets converted into ETH2. You then have no option for withdrawal until a later phase of the new network.

If you want to run your own eth2 node or validator, you can use Alchemy, just to cite one example.

You can use this ETH2 calculator to calculate your returns before you deposit any ETH. The returns are a function of the amount of ETH deposited, the more people participate by contributing more ETH, the lower returns. This incentives early adopters who are taking on additional risk.

There are a few issues with staking ETH using your own validator, that make this approach not suitable for everyone:

1. ETH can only be staked in multiples of 32

2. Stakes are (initially) locked until later stages of the ETH 2.0 launch

Any ETH staked with a validator cannot be withdrawn until transactions are enabled in Phase 2 of Ethereum 2.0. Though we have already seen a huge amount of participation in ETH 2 staking, it’s likely that more are interested, but not willing to commit until they have a way to withdraw.

3. Staked ETH is illiquid while locked for staking

Even after Phase 2 of Ethereum 2.0, you won’t be able to trade or transfer any ETH actively being staked in a validator. This may put off users who wish to, for instance, use their staked ETH as collateral in DeFi.

Option 2 – Stake with an Exchange

Kraken and Binance are probably the most well-known exchanges offering Ethereum staking services at the moment. Kraken also offers staking of other cryptos like Polkadot and Cardano, and Binance has its own set of staking options.

Some $1 billion in crypto — much of it in the form of ETH and other major cryptocurrencies — has been staked by the customer base of exchange service Kraken so far.

As of the time of writing, 307,904 ETH is being staked via Kraken — an amount worth roughly $360 million. A spokesperson for the exchange told The Block in an email that 58 million DOT and 45.5 million XTZ have also been staked, equating to about $578 million and $120 million, respectively.

As of January 2021, Kraken has more than 300,000 ETH being staked via its service, equating to around $360 million. Kraken users are also staking 58 million DOT (Polkadot’s currency), equating to $578 million has been staked. I really like Polkadot too and would suggest you take a good look at that crypto-asset too if you’re interested in Ethereum.

During 2020, Kraken’s staking service paid out as much as $27 million in rewards to stakers.

“Whereas three years ago, holders were mainly interested in securing short-term gains, many are now confident locking-up tokens to earn passive income. Why? Conviction is growing in the longevity of crypto-assets as a respectable new asset class,” Jeremy Welch, Kraken’s vice president of product, said in a press statement.

Exchanges have emerged as significant validating forces on Eth2, with Kraken and Binance accounting for roughly 19% as of December 2020.

Any slashing costs are assumed by Kraken so you don’t have to worry about that.

The other big innovation is that you can trade between ETH2.S and ETH on Kraken. The exchange’s ETH2.S/ETH market allows eligible clients to buy into (and sell out of) staking positions on the Ethereum network. It functions in the same manner as any other order book on Kraken, except that instead of trading one asset for another, on the ETH2.S/ETH market clients trade un-staked ETH for staked ETH.

The differential between the two types of ETH can be expected to reflect a discount on ETH that is staked and locked in the Ethereum protocol generating staking rewards versus ETH that is not staked and freely transferable.

Kraken retains an administrative fee of 15% on all rewards received, and the estimated RPY reflects this fee. The reward rate provided by the Ethereum network is expected to vary depending on a variety of factors.

I personally really like the staking facility offered by Kraken. You can pick up ETH2.S at a discount versus outright staking with other services. Moreover, if at any point in time you need the ETH or need to convert back to fiat currency, assuming there is liquidity, you can easily do so via a simple ETH/ETH2.S trade. This is the big advantage of staking with Kraken versus other options.

ETH2 rewards on Kraken are not restaked or compounded as the ETH2 protocol doesn’t allow for this, unfortunately.

The current rate on Kraken is 6.8% annualized.

The best way to get the exact rate at any time would be to check this link and then subtract Kraken’s 15% admin fee.

Option 3 – Use a Staking service

Proof-of-stake is not a new concept, in fact, there have been several other cryptos running proof-of-stake validation before Ethereum. Among the most well-known is the previously mentioned Polkadot and Tezos.

Specialist staking providers have sprung up to act as a bridge between investors and these blockchains operating with a proof-of-stake system.

Here are a few of them:

Other staking providers can be found on the Stakingrewards website.

As we’ve seen, the big issue with Ethereum staking is the uncertainty around when one would be able to withdraw the staked Ethereum and the accumulated staking rewards. This is a problem that is addressed by liquid staking platforms.

“I call it the one-way street problem,” Andrew Keys from Liquidstate said upon launching his platform. “Participants will not be able to ‘unstake’ those assets. So we’ve created LiquidStake, wherein users can earn staking rewards, and have their staked ETH be pledged as collateral to receive a USDC loan. This is very different from YouHodler and other lenders, because in those cases you can’t stake the ether and you can’t earn the reward.”

There are some important risks to consider with liquid staking. The main one is that of smart contract security, and it’s usually addressed by using an open-source, audited protocol covered by a bug bounty program.

That statistic may not be overly concerning at the moment, but it would be largely positive for individual stakers to grow in size and take a larger market share. The shift to individual staking would benefit Ethereum by strengthening the network against regulatory pressures, improving client diversity and ensuring no large actors can collude to attack the network.

What do you think about Ethereum staking and the future of Ethereum?