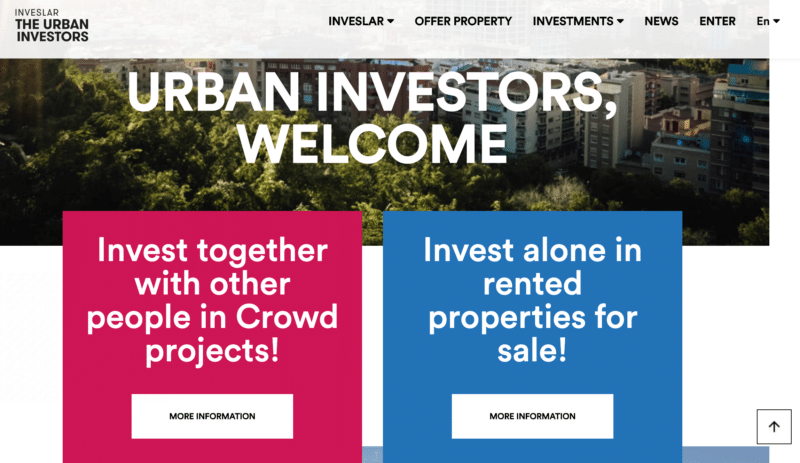 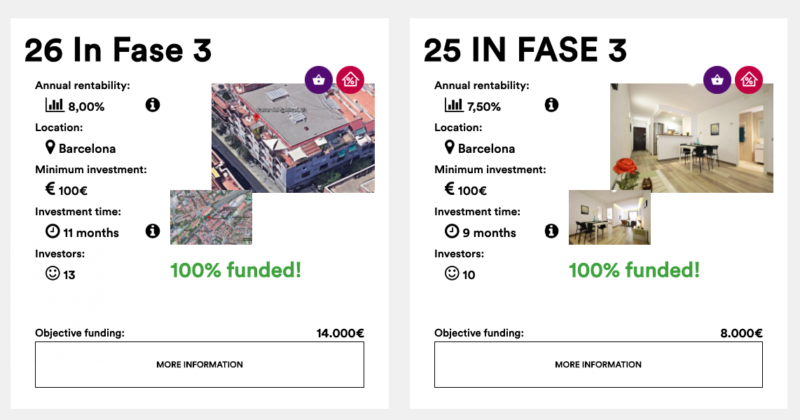 These are the typical crowdfunding platform projects, where several investors pool their resources in order to secure a project.

The minimum investment is €100 and you can also eventually resell your shares in the marketplace. So let’s talk about that next.

This refers to the typical secondary market that many platforms offer nowadays. You can sell your shares to other investors on the platform.

While this feature promises a good degree of liquidity for investors, I tried selling a number of my investments and most of them got sold, even though I didn’t offer any discount. I had to wait a few months to sell off these investments, but I think the level of liquidity is very acceptable.

There are currently several properties in the crowd marketplace, and none of the properties in the marketplace are trading at a discount. This means that the investors consider that their investments are still very good, but they simply would like to shift their assets into cash for their own reasons.

Inveslar takes a commission of 0.9% of the shares sold, which the seller pays to the platform.

This is a more recent addition to the Inveslar platform. It’s meant to give investors easy access to properties that have already been vetted by Inveslar and are already returning a certain percentage every year.

Instead of using the crowd, the investor would purchase the property directly, so this section of the Inveslar website is ideal for those who already have significant funds to invest and don’t need to use the crowd in order to obtain properties.

While I think this is an interesting concept, it’s not interesting to me as I do not want to own properties directly and prefer the diversification benefits of investing via crowdfunding.

I invested in 8 projects on this platform over the past few years.

Buy-to-let: Raval IN, Sagrada Familia IN, Asturias IN

Buy-to-sell: Kubik IN, Sant Cugat IN, Rosamar IN, Maternitat IN

Before we dive into the results, I want to mention that I decided to invest in the three different types of projects indicated above as part of my learning process.

Development loans are straightforward, with your major risk being that the developer/borrower not being able to repay on time. The interest rate and term are known when you invest.

Here’s what you should know about Buy-to-let VS Buy-to-sell:

Buying-to-let gives you regular monthly cash flow to your bank account, and it’s relatively low risk. Being low risk also means that you are going to get rich much slower, so if rapid growth is your target you should probably go for buy-to-sell projects.

With letting you are going to have to fork out periodic payments for maintenance and also possible tenant issues. Finally, you are also tying up your cash for a considerable amount of time.

With buy-to-sell properties, you don’t have the monthly income, but you can potentially make a lot of money very quickly if the project is successful. You don’t have any maintenance and tenant issues, so that’s one headache less.

You are however susceptible to delays in planning permits and contractor delays and problems. You also have a higher risk as the complications can throw your budget off course. Market changes can also mean that your property eventually doesn’t sell for the price you were hoping for or it takes much longer, which reduces your yearly return.

With that out of the way, let’s take a look at my investment results.

In the Buy-to-rent section, Raval IN, Asturias IN and Sagrada Familia IN are both rented out and producing monthly cashflow, so I’m happy with those projects.

Bisbal IN was a 6% 12-month loan that was repaid before the term was up, so again I’m happy with that investment.

In the Buy-to-sell section, results honestly haven’t been that great, so I’m not very satisfied. Rosamar IN experienced delays for permits and now is under construction. Sant Cugat IN has been for sale for many months with no serious buyer interest. Same situation for Kubik IN.

Maternitat IN was bought in July 2017, refurbished and rented in August 2017, then sold in April 2019, with the money being received in August 2019. That means that the investment was concluded in 2 years instead of 3 years, as had originally been planned. 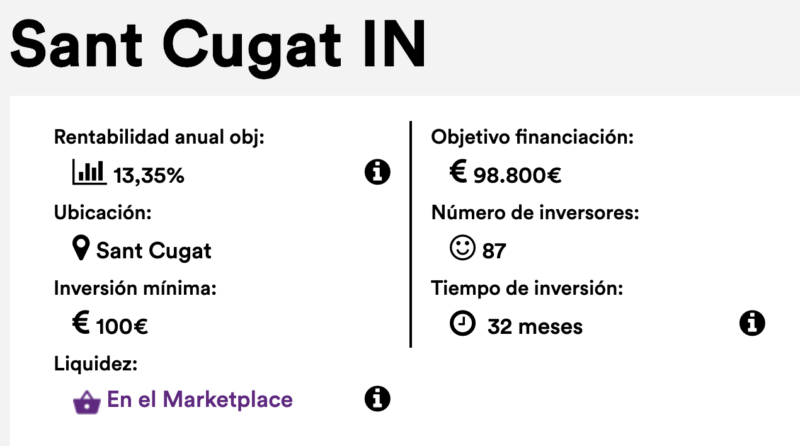 I invested in the project Sant Cugat IN in December 2017 and it is still on the market, as soon as it gets sold I’ll receive my money back, plus hopefully the profits from the sale. The latest report from January 2020 says that it is generated a good deal of interest. It’s a sparse report but things seem to be on track.

Here I would like to mention the worst part of my Inveslar experience so far. While Inveslar issues reports about each property every few months, they are extremely sparse. 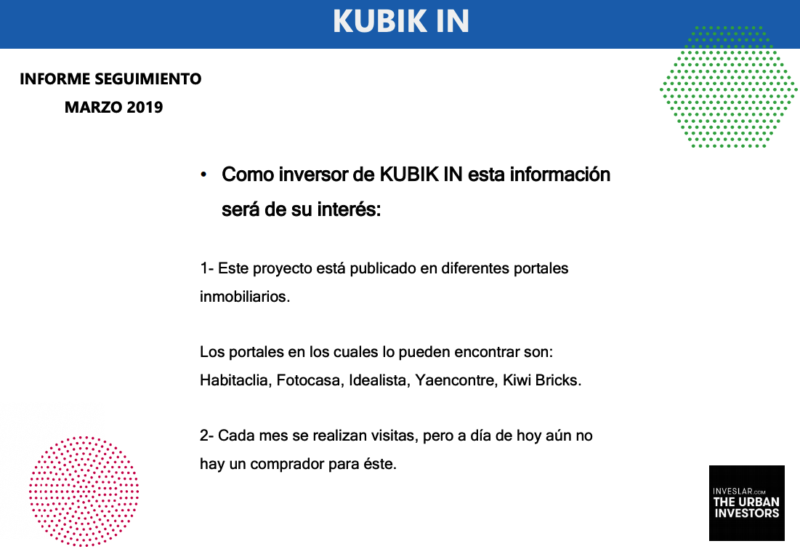 For the buy-to-sell properties, there seems to be little concern for the fact that investors have been waiting longer than the projected term for a sale and returns. All Inveslar tells us is that the properties are listed on the property portals and that they haven’t found a buyer yet.

As an investor, I would like to know why it is taking longer than anticipated to find a buyer, and what extra steps are being taken to make the property more attractive to buyers.

As of 2020, I would recommend Inveslar if you want to invest specifically in buy-to-let property in Spain.

The property flipping market in Barcelona is really slow at the moment and there is also quite a bit of political instability together with anti-capitalist sentiments from the regional government. Other regions of Spain are doing better on this front, however, I still prefer buy-to-let at the moment; I feel it’s a lower risk than buy-to-sell.

There have been some payment delays on the part of the tenants, but they were all temporary, only affecting cash flow and not overall returns.

I would, therefore, advise against investing in any properties that require refurbishment to be later put on sale. I’ve experienced long delays on those types of properties, and this problem is not only limited to Inveslar but also extends to other Spanish platforms.

Inveslar have expanded beyond Barcelona, and now have projects in Valencia too.

Join Inveslar and get €25 credit