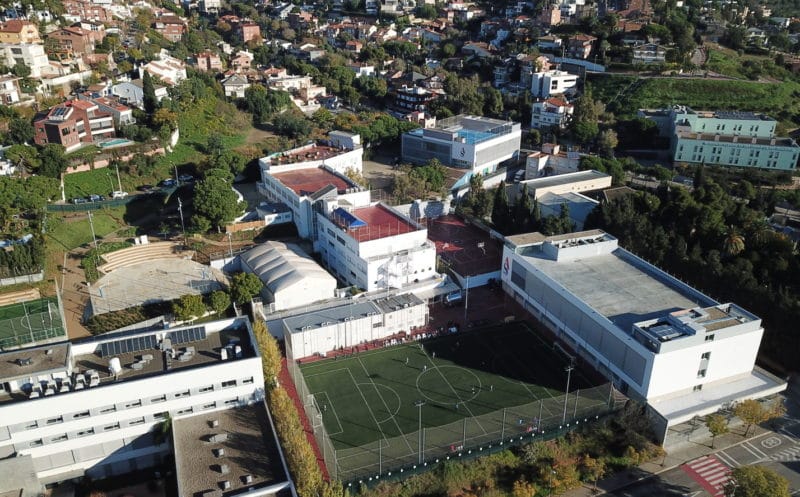 If you’re an expat and would like your kids to grow up as third culture kids or at least be global citizens and also allow you to move to another country at any point, your best bet is to put them into an international private school.

The level of spoken and written English in Catalunya is pretty poor, and even highly qualified people struggle to understand a native English speaker and to verbalize ideas beyond the basics. If you don’t believe me, check out this property market report by the CEO of a well known real estate agency. Some sentences are unreadable and overall it’s not the best example of English, and this is coming directly from the CEO of a company that directly targets foreign buyers.

If you have a keen eye you will also notice that there is no Spanish translation of the article. This is quite common in Catalunya unfortunately, with websites available only in Catalan and explicitly excluding Spanish. This is no doubt a nod towards the separatist movement that has wreaked havoc on the economy and general wellbeing of the population. You might think we’re getting off-topic here but I think it’s relevant.

Here’s an excerpt (in Spanish) from a report about the current poor state of affairs in Catalan public schools with regards to Spanish teaching and immersion:

Coming back to having kids with an international mindset, it is clear that mastering an excellent and native level of English is a very important factor for success and general facility to travel, do business and enjoy all the world has to offer. So we are looking for schools that emphasize English speaking and writing as a very important topic.

I’ve done some research on the topic and spoke to some international parents, and the consensus seems to be on the following being the best schools. There is one important downside, and that is that they are pretty expensive. The public schools are free and the concerted schools require a small payment, but nothing near the private schools.

I’ll be using this page as my repository for my research, so it contains my subjective opinions and first impressions based on my interactions with parents, school visits and online research.

Choosing a school is a very subjective decision and depends on the preferences of the parents, their budgets and plans for the future. While this post serves as a depository of my research and potential help as a starting point for other parents, I want to make it clear that these are just my observations and opinions and are not meant to offend or put down the education offered at other schools not mentioned in this post.

This is the school we eventually chose for our kids, and we’re very happy with our decision. From our research and talks with other parents, this ended up being the unequivocal best option. Teachers are very caring and the kids are truly international and come from good families. I was particularly surprised by the strong sense of parent involvement with this school. Parents also have their own groups centered around various sports and other activities, which makes networking really easy. Parents tend to be highly qualified and interesting people so it is always enjoyable for me to attend parents’ events and meet new people. 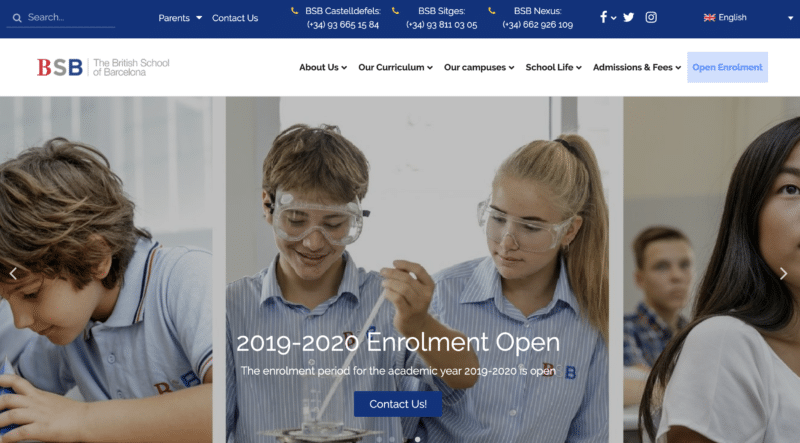 This school has two campuses; one in Sitges and another in Castelldefels. As the name implies, the British curriculum is followed at this school.

The British School has implemented a school uniform dress code in order to promote a safe and positive learning environment consistent with the mission and governing values of the school. The school uniform is mandatory for all Early Years, Primary and Secondary students. Pre-University students do not have to wear a uniform. However, they are requested to follow our policy on the appropriate dress code.

The website of this school is very good, there is plenty of information for parents as well as being easy to browse with lots of videos that give you a glimpse inside life at the school. Strong presence on social media too.

This is the school chosen by famous Barcelona FC stars such as Suarez and Messi for their kids.

Apparently there is a strong Russian influence at the moment at this school, at least that’s what I’ve heard. Whether this is a good or bad thing is not clear to me, however, there are frequent mentions of the school growing too rapidly and that bullying has been a persistent problem. 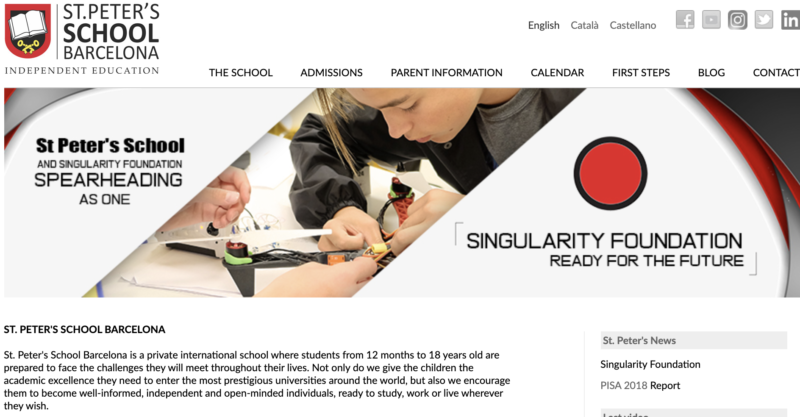 I don’t like the fact that they openly encourage parents to enroll their children in schools before the usual age of 3 years old. There are many benefits of keeping young children away from schools and childcare centers as they are still at a very tender age and don’t necessarily adapt well to the group environment where less attention is provided than what the parents could provide at home. If parents have the time to take care of their children at home and educate them, I think it’s a great plus for the child and not a negative.

This school looks like it caters more towards Catalan/Spanish parents who want to ensure their kids learn English from an early age, although there is a small percentage of foreign kids too. Perhaps it would be a good option for a mixed Spanish and foreign marriage. I don’t think it’s the right choice for two non-native Spanish or Catalan-speaking parents. Although the website is available in English, once you dig a bit deeper and open some reports available on the site, you will notice that they are only available in Spanish, reinforcing the idea that this is not an English-first school.

I’ve watched a few of their videos which portray students talking about their experience at the school, and while their English is above average, it’s definitely not native level.

The school seems to emphasise healthy eating habits, which is good, but does not allow bringing lunch from home, which sounds like an unnecessary restriction to me.

The website is quite antiquated and not impressive, and I found a few spelling mistakes while reading through.

I’ve heard good feedback from friends who send their kids to this school.

I had very good impressions when I visited this school. It’s a small school but the teachers are mostly native English speakers and everybody was very friendly. Kids looked very well educated and friendly too. I love the fact that the school is in a very nice location with some awesome outdoor spaces including a mini forest.

The downside is that it is far from Barcelona as it is located in Canet de Mar (the town itself is nothing spectacular), so it is only suitable if you live in the vicinity, with Vilassar de Mar being probably the furthest one can live when considering this school.

In contrast with the public schools, these schools hire international teachers with a good percentage (40-50%) having a Masters degree in their subject. That means you get a very high standard of English. For example, at the BFI you have a mix of 40% US, 30% Spanish, and 30% international for teacher nationalities. More than 60% are native English speakers, with rest being mostly Spanish native speakers.

At international job fairs, it is reported that teachers queue to apply to these schools, and it’s not hard to see why. Barcelona is an international city with great weather, so people want to move here and a teaching job is a great opportunity to do so.

What are your thoughts and experiences on schools for expat kids in Barcelona?