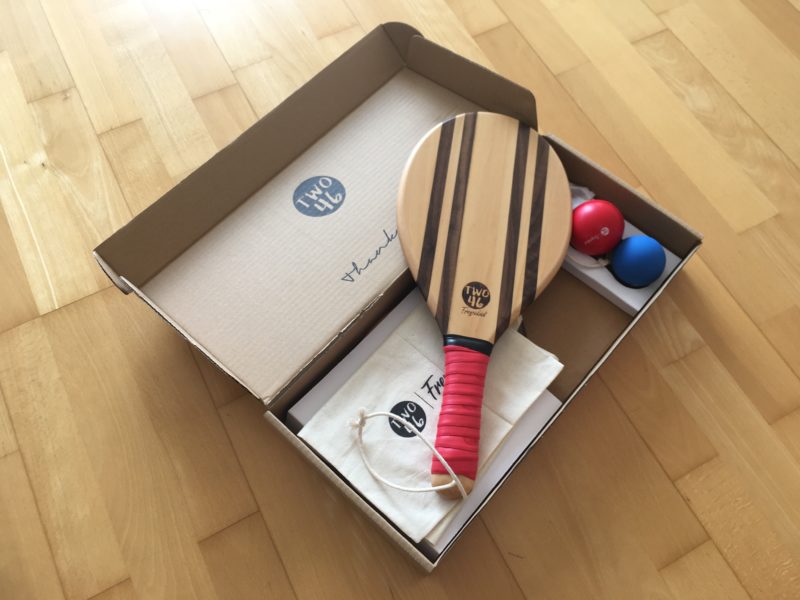 This summer I discovered a new sport that I love to play on Barcelona’s beaches. It’s called Frescobol.

Frescobol is unique because instead of an opponent, you have a partner, and the goal is to support your partner rather than to try to win or score points. At the most basic level, it is a fun and intense workout that will elevate your fitness level and sharpen your reflexes.  The exercises and movements during Frescobol engage the whole body in a way similar that a personal trainer might help you to achieve in a gym – many different muscle groups that work together are used during the game. Frescobol is normally played on the beach but can be played anywhere you have some open space.

Frescobol is sometimes confused with Beach Tennis – a mix of tennis, beach volleyball and badminton. It uses a net, and unlike Frescobol, the objective is to score points competitively against opponents.

As partners, Frescobol players stand facing each other, approximately 5 meters apart. First, players can start out hitting the ball back and forth slowly to get a rally going while establishing a rhythm. The ball is kept in the air as long as possible, the objective being the greatest amount of powerful, accurate strokes per player, not to score points but to support your partners defensive and offensive strikes.  The distance apart depends on individual experience level, beginning with a closer distance with a controlled volley and increasing distance and speed as technique improves.

There are none. There is no limitation of field or playtime; the simple goal is to keep the ball in the air but ultimately it’s finding the perfect balance between attacking and defending between one an another without dropping the ball and instilling as much power as you would like.

Frescobol can also be played competitively where the objective is to keep the ball in the air as long as possible while scoring points for attacking plays. In a competition scenario (one couple disputes with another couple), eight criteria are observed by the judges, adding up points to denote a winning couple.