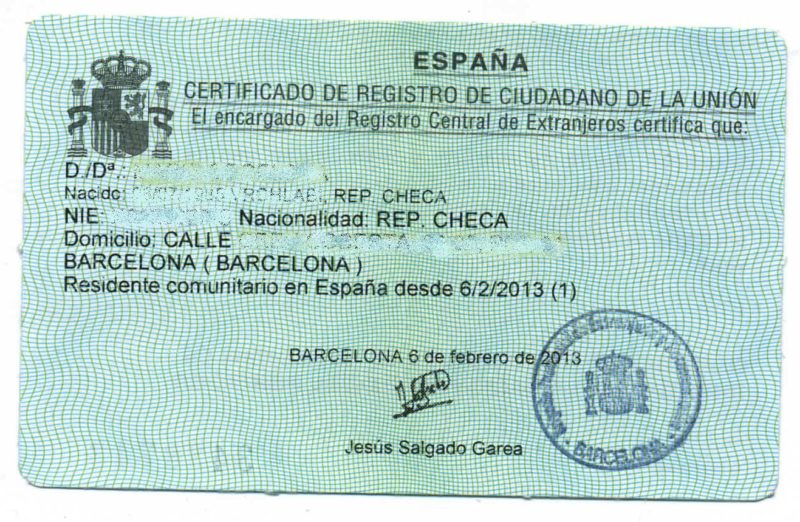 An important procedure that you need to do for newborns in Barcelona is to obtain the NIE card.

A NIE number is a “Número de Identificación de Extranjeros” i.e. a “foreigner’s identification number” in Spain. Expats moving to Spain need an NIE number to work in Spain, take out private Spanish health insurance and apply for Spanish state health cover. You’ll also need it if you wish to open a bank account, buy a car or set up a mobile phone contract in Spain.

The Decree (Real Decreto 338-1990) March 9th, establishes that anyone, of whatever nationality, resident or non-resident, who has any “official business” in Spain, must have a fiscal number (NIF/NIE).

To avoid confusion, if you apply for an NIE only, you will be issued with a white certificate that will assign you your unique foreigner’s ID number that is in the format of: A-1234567-Z  (i.e. letter-seven digits-letter).

Previously, foreigners arriving in Spain had to first apply for a NIE and then later apply for residency. However, rules are often changing, and applying for an NIE may now not be the right decision for you.

Should I apply for NIE or residency?

There is one simple question to ask yourself, which will provide you with the correct answer to this question, and that is: “How long do I intend to stay in Spain?”

If you intend to stay in Spain for more than three months then you should apply directly for residency, using the EX18 application form.

If you plan to stay in Spain for less than three months, then you should apply for an NIE number, using the EX15 application form.

The “NIE or Residencia?” question is no more complicated than that.

If you’re an EU citizen you will already have a NIE (green card), your baby automatically has the same rights. You need to download and fill in the form EX18. Don’t confuse it with the EX15 which is for obtaining a white NIE (short term, non-resident).

You will also need the following:

If none of the parents work in Spain, you have to demonstrate sufficient funds and private health insurance:

You will need to present these documents at the police department responsible for NIEs on Rambla Guipuscoa. The baby needs to be present but only 1 of the parents needs to come if you bring all the original identification.

You will also need to pay for the process, the form is called Modelo 790 and you can fill it in beforehand and bring it to the NIE center. After the appointment you will have to go out to an ATM to pay it and get the bank receipt showing it has been paid, then get back to the office to complete the process.

It is important to make an appointment (cita previa) beforehand. There are always limited spots available, so head over to the NIE appointment page on Monday morning at 8am for your best chance to grab one of those spots. If you try to get an appointment later on in the week chances are that they won’t have any. 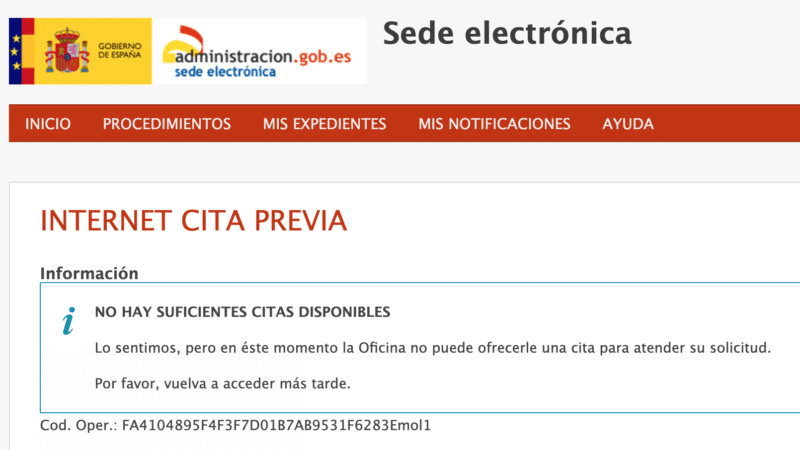 Update June 2019: Unfortunately, the whole system of getting an appointment seems to have been turned into a scam whereby no public appointments are available, but you can get an almost immediate appointment if you go through any agency. Of course, the agency gets a cut of around €250. So even if you speak Spanish and have all your documents in place, you are currently forced to get an appointment through an agency and pay their fee.

I feel that this is a big disgrace on the part of the public authorities and it’s very unjust on expats. It’s a situation that is well publicised but nothing has been done to fix it so far.

Some people have reported that if you login with the [email protected] system you have a better chance of being assigned an appointment. You can also try going to an office outside Barcelona, a list of which can be found here.