The sport is essentially a combination of tennis and squash and is great for players of all ages and skills. The court is one-third the size of a tennis court and is enclosed with wire mesh and glass walls which you can play off when you need to. Rules are a mixture of squash and tennis, and use the same scoring system as tennis. Compared to tennis it is less focused on strength and more on tactics and psychology.

Padel in its current form was invented by Mexican millionaire Enrique Corcuera in the 1960s, although we can trace back its origins to 1890 when it was played by British sailors in the lower levels of their navy ships. The first padel courts in Spain were built in 1974, in Marbella. Spain counts with nearly 10,000 padel courts (about the same number that Argentina where the game developed earlier), approximately 4 million regular players, and the number of registered players is continuously increasing. Sales of paddle rackets in Spain are nearly four times that of tennis rackets.

Padel is very popular in Spain, Argentina, Uruguay and Brazil. Other countries around the world are slowly catching the padel fever. Things are starting to move in the UK, Germany, Sweden, Norway, Belgium, and Holland. We might in fact be entering the golden age of Padel as it is currently the fastest growing racket sport in the world.

With Spain being a very popular tourist destination, many tourists are getting introduced to Padel there and then taking back their new-found hobby back to their countries. This is currently the main driver of Padel’s growth in Europe. The World Padel Tour also helps create interest outside of Spain. As an example, padel courts are springing up in the UAE as last year the WPT was played in Dubai.

Building padel courts is also a great investment opportunity since courts are smaller than tennis and the rental is paid by four people, therefore maximizing revenues. It is, therefore, more feasible to build padel courts versus tennis courts especially in densely populated areas where the cost of land is very high. The main barrier I see to padel’s diffusion is that most of the information about this sport can only be found in the Spanish language, so it is hard for it to break into the Anglo-speaking world. 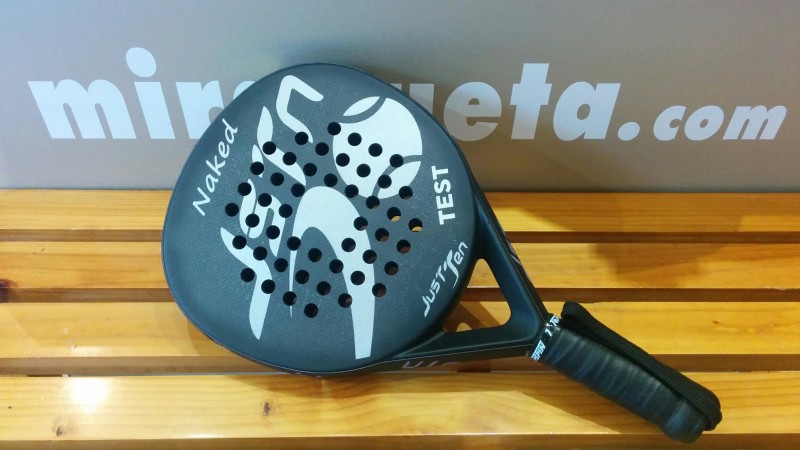 Last November I attended the World Padel Tour Master in Valencia, Spain. I had a blast and the tournament was very well organized. Luckily I was able to watch the top ten ranked players in action. I am including a recording of the men’s final below so you can have a better idea of how the sport is played and appreciate the atmosphere of a final. At a professional level, both men’s and women’s matches are very exiting to watch. However I’d say the women’s matches are better if you are watching to learn new techniques.

The men’s matches are more exciting as the points tend to be longer and crowd-pleasers such as smashes and out-of-court play are more common. However since they are played at breakneck speed it’s hard to follow the particular movements of the players and hence harder to learn from. Of course you can always grab a recording and play it in slow motion to learn how your favorite player hits the ball. It’s just very hard to do so when you’re watching live games.

Padel tournaments are not only for the pros, in fact, any padel player can join amateur tournaments that are held in many cities in Spain. We are now seeing international amateur padel tournaments start to take place, as it’s becoming a profitable niche in the sports tourism sector.

My plan is to continue playing regularly and get some coaching to improve my level. I’ve also made it my goal to try and win a local tournament in 2017, so we’ll see how that goes. In summer I also want to try beach tennis since we have such awesome beaches here in Barcelona. The padel meetup I attend organises beach padel as well.

If you’re in Barcelona you can join our Barcelona padel community on Facebook.

Have you ever played padel or seen it being played? I’d love to hear from padel players from all around the world!