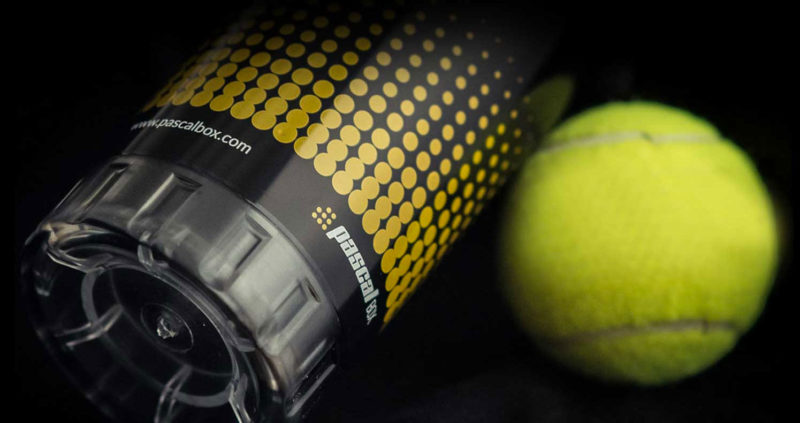 First off, let me start by saying that while I mention padel balls specifically in this post, it applies equally to tennis balls. So with that in mind, off we go.

One of the biggest costs of playing padel, after the cost of renting courts, is that of buying padel balls. Padel balls start losing their bounce as soon as they are taken out of their pressurized container, and during the match, as they are hit around they lose even more bounce. The result is that after two or three matches you will notice a clear difference in the bounce, indicating that it is time to open a new tube and throw away the old balls.

Obviously, that can get expensive pretty quickly, especially if you play a lot of matches every week. Also, during the second and third match, you will already be playing with non-standard balls as they would have already lost some of the bounce. This will affect your game as you will lack the constancy of a regular bounce. So we have the problem of cost and the problem of lack of consistency between one match and another. Keep in mind that throwing away so many padel balls isn’t so good for the environment either. Clearly, this is a significant problem that all padel players would love to find a solution for.

The good news is that I have finally found a great solution that is allowing me to keep using the same balls for up to twenty matches at a time. I can now keep my balls at the official pressure and enjoy the same bounce during every match. I eventually have to replace the balls not because they no longer bounce, but because the felt is so worn out.

Before I give you the solution, you might want to take a look at this video, which shows how padel balls are manufactured. Getting this background will help you understand how the technological solution works.

Now that you’ve watched the video and know how padel balls are manufactured, we are ready to learn how balls lose their bounce.

As you’ve seen in the video, balls are made by the molding together of two hemispheres. Inside there is a gas that has a particular pressure that gives the ball its bounce. Because the ball is made from two parts, during play and just by leaving them out of their pressurized can, it will eventually leak gas and its internal pressure will equalize with that of its surroundings. 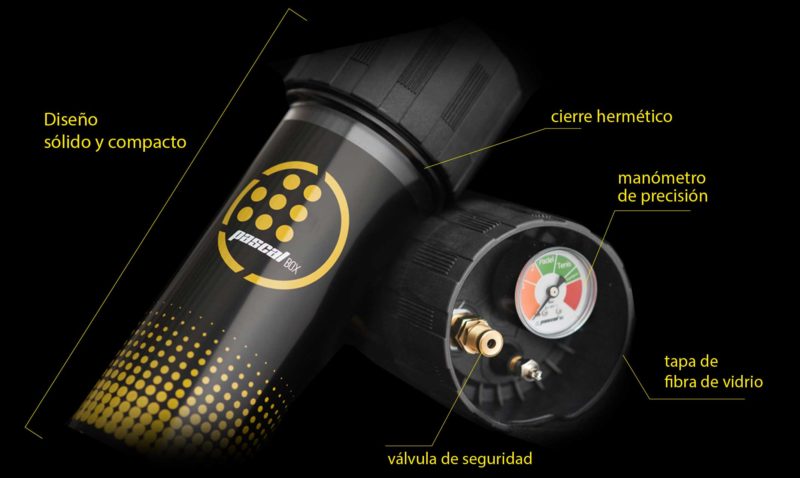 Let’s go on to learn about the solution. It’s a tube that can be re-pressurized at will and it’s called Pascal Box. It’s a Spanish invention and it’s taking the padel world by storm. I don’t play tennis, but I presume it is having great success with tennis players as well, as it works exactly the same for tennis balls.

What Pascal Box allows you to do is to pressurize the container, and you have a manometer to measure exactly how much pressure there is in the can. In this way, you can play with your new padel balls and then immediately store them back in Pascal Box and pressurize the can at the same pressure as the original can they came in. That will result in no loss of pressure over time, and the only pressure loss will be that during the actual matches due to hitting the ball. That’s already great news, but what about balls that have already lost their bounce?

I guess all of us have padel balls that still look good, but just don’t bounce properly anymore. You can restore them by putting them in a Pascal Box tube. Store them for a few days in Pascal Box and you’ll see them bouncing like new again. The instructions that come with Pascal Box tell you exactly how to re-pressurize padel balls. It takes around 9 days to re-pressurize old balls, but they bounce like new once the process is done. 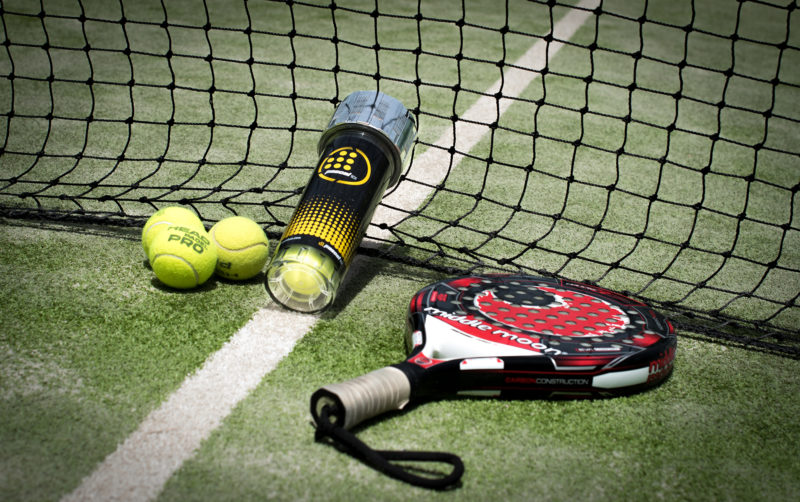 One final note. While you will lengthen the life of your padel balls by a great degree (some users report playing 40+ matches with one set of balls) using Pascal Box, you will still eventually need to replace them. The typical reasons are that the felt is totally worn out or the ball loses its perfect round shape due to the times it gets hit at high force.

Pascal Box comes with a two-year warranty which I found generous enough. I’m really happy with Pascal Box and totally recommend it to anyone playing padel or tennis. I also own the Tennis Ball Saver, a screw top padel canister. It is meant to store your balls at the same pressure of that of the original can. It works well enough and can lengthen the lifetime of your balls, but air eventually seeps out of these devices, and you can’t accurately control or monitor the pressure inside the tube. That makes Pascal Box superior, even considering that you can revive old balls with Pascal Box, something you cannot do with the other screw-top tubes.

Have you used Pascal Box or other similar devices? What’s your take?