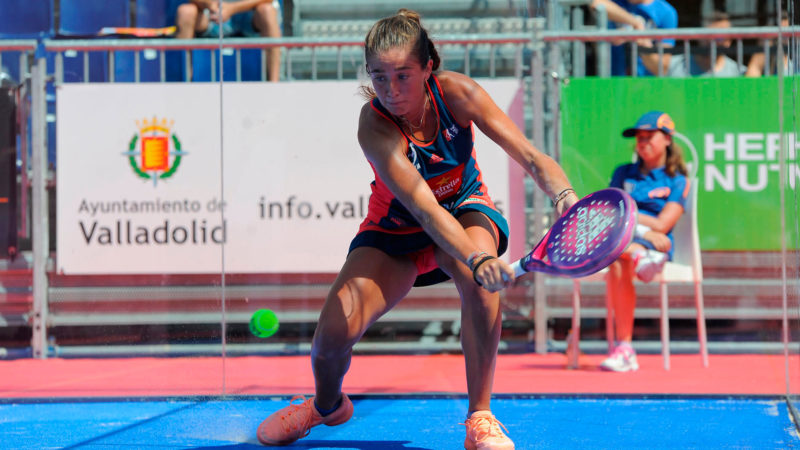 Many times while playing padel, we encounter situations where we have a doubt: was that ball a fault or not?

Let’s have a look and attempt to clarify some of the most common doubts that padel players face.

Case 1 – The ball bounces right in the angle between the back wall and the ground. Was it out or in?

This is known as huevo in Spanish, which means egg. I’m not sure why that is so, but that’s what it’s called. In order to understand whether it was in or out, we need to consider the angle of the trajectory taken by the ball after its bounce. If the ball’s trajectory forms a 45 degree angle or bigger with the ground, then it is considered in, while if it bounces off closer to the ground then it was out. It’s quite logical really, just applying the laws of physics.

Case 2 – We serve and the ball bounces on the ground and then rebounds off the part between the mesh and the side wall, called pico in Spanish, and border in English. 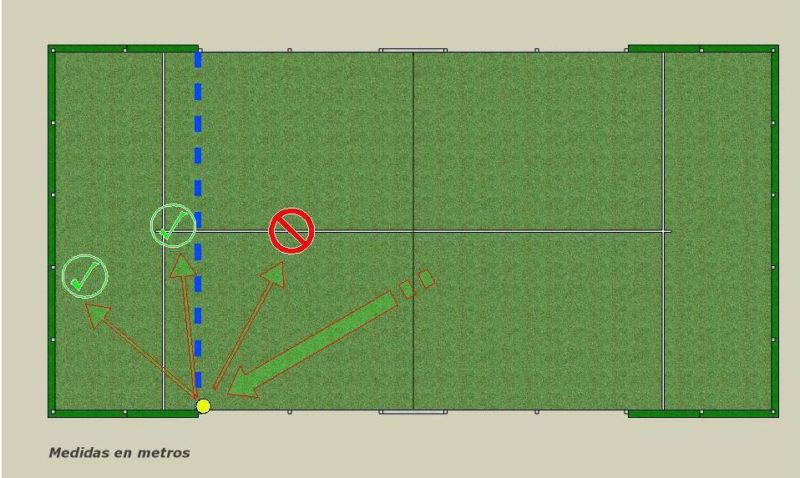 If the ball rebounds in the direction of the receiver, then it’s a valid serve, if not it is a bad serve. This is a rule that is very often confused at beginner level, and it is commonly given as a let. This is incorrect, and the rule just described should apply instead. It has to be either a good or bad serve, and never a let.

Case 3 – We run up to the net to return a ball, and we don’t manage to break fast enough and touch the net by mistake.

The net cannot come into contact with our bodies or rackets at any point during the match, hence we automatically lose the point in this case.

Case 4 – In the attacking position, close to the net, we hit the ball while our racket is in our opponents’ side of the court.

Whether it’s a valid point or not depends on the situation:

It’s valid, keeping in mind that we can at no point in time touch the net with our racket or any part of our body or clothing.

Case 6 – We serve and the ball bounces more than one time in the receiver’s box.

It’s a valid point for the server as the receiver cannot let the ball bounce twice in his side of the court.

Case 7 – We serve while stepping on the imaginary central line that there is from the center of the court till the end of our side of the court.

It’s a bad serve as we cannot invade the other side of the court while serving, nor step on the imaginary line.

Unfortunately many amateur players do this and even insist that it’s allowed. No doubt, seeing professionals do it and not being sanctioned encourages this kind of nonsensical behavior.

Here’s an example from a tournament in 2019, a quarter final no less. Agustin Silingo, a top player, repeatedly serves illegally in a very clear way, and has the audacity to pretend that he didn’t know what the problem was when the referee faults him on one of his illegal serves.

Case 8 – When serving, we bounce the ball inside the box.

This is a bad serve, since we should bounce and hit the ball outside of the box. Keep in mind that you cannot step on the box’s back line either.

Case 9 – We serve and the ball bounces on the serving line or the center line of the receiver’s box.

It’s a valid serve, the lines are included in the receiving box area.

Case 10 – The ball bounces on our side and rebounds off the fence at the back of the court, above the glass wall.

The ball remains in play, there are no issues. However you cannot bounce the ball off this part off the fence yourself, as you would when bouncing the ball off the back wall to return it.

Case 11 – We hit a high ball, or globo, and the ball hits the ceiling.

Play stops and a point is awarded to your opponents. The same thing happens if the ball hits the floodlight or any other external object.

Case 12 – While returning the ball I carry it. Instead of the usual hitting the ball, there is that extra moment or two of contact between the racket and the ball, as I accompany the ball instead of hitting it. This is typical of balls that end up very close to the back wall after a lob, or during the execution of a chiquita, or during a dropshot.

The point is valid. Check this video of Bela doing an incredible dropshot:

Do you have any other questions or doubts about padel points? Let me know and I’ll add more Q & As.