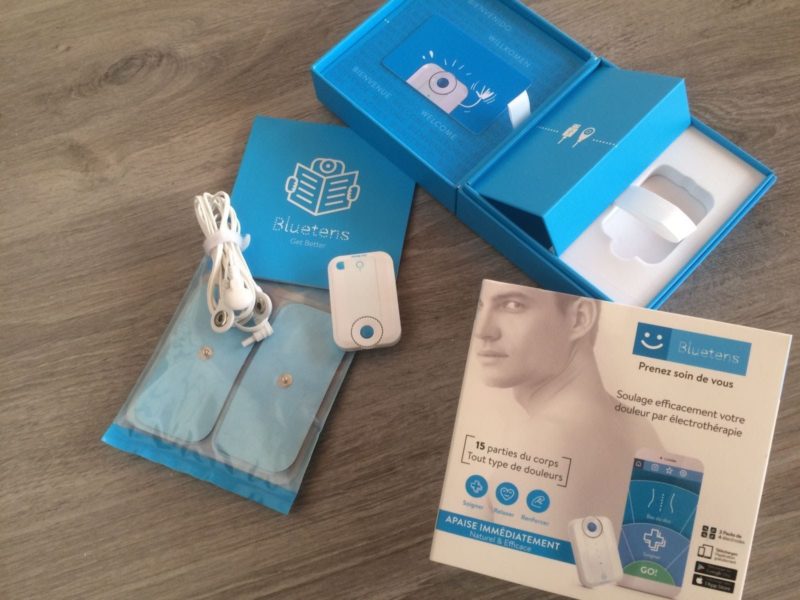 I recently invested in a TENS/EMS machine, mostly to aid in my recovery between padel and physical training sessions.

I’ve used such machines during physiotherapy sessions before, but until recently I assumed that they belong in the physio room and that as an athlete I couldn’t get one to use in the comfort of my own home. Turns out it need not be that expensive, nor is it complex to use.

First, let’s talk about how these devices work.

Electrical muscle stimulation is exactly what it sounds like: using an electrical current to stimulate your muscles. This can be done because your muscles naturally contract in response to electrical signals sent by your brain, and TENS/EMS machines replicate these impulses, causing muscles to contract on command.

TENS is the most universally known modality of electrical stimulation. Used widely for pain relief, TENS sends a series of electrical pulses across the skin and along nerve strands. These electrical pulses “distract” the brain from the pain signal, according to the Gate Control Theory. The Gate Control Theory of Pain says that non-painful stimulus or input closes the “gates” to the Central Nervous System, preventing it from feeling any pain. TENS also stimulates an endorphin release, which likewise mitigates pain.

EMS or Electrical Muscle Stimulation may look similar in some ways to TENS, but its goal is different. Using an EMS system targets the muscle activation beyond using the electrical stimuli to distract the Central Nervous System from pain. EMS devices are used for strengthening muscles because their frequencies stimulate the muscles on a level that causes a contraction. They are popular amongst injured athletes that are unable to train, since they believe that usage of such devices will minimise muscle atrophy.

The TENS method of pain reduction was initiated in 1965 and involves closing down of “gates” between the spinal cord and pain centers of the brain, thereby inhibiting pain through the process.

A TENS unit includes electric signal generators, a battery, and electrodes. They are programmable units, and the generators can stimulate the nerves with variable current strengths and pulses.

Some athletes rely on medication, as they use anti-inflammatory drugs to help them cope with pain. Taking consistent medication though is dangerous in the long term. Naproxen, for example, is a drug ingredient that can create circulation and intestinal problems. The habit-forming drugs are also a problem for athletes in the long run.

TENS units, on the other hand only takes help of electrical stimulation to cause muscles to contract. By placing electrodes at the point of pain, a physical therapist can make use of appropriate muscle fibers to get the pain to fade away.

Rapidly contracting muscles aid in strengthening the affected area. You can change settings for affecting forceful or gentle contractions. While boosting muscle strength, the contraction also promotes blood supply to the pain area that needs healing.

The idea is that electrical impulses from a TENS unit can release endorphins and enkephalin naturally in the body, that even elevate the mood and decrease pain at the same time.

What does TENS stand for? Transcutaneous electrical nerve stimulation

What does EMS stand for? Electrical muscle stimulation

The similarity between TENS and EMS: Both deliver low voltage electric impulses to stimulate

TENS vs EMS: the main difference between the two:

TENS stimulates the nerves – the rationale being that the simulation keeps pain signals from reaching the brain. The benefit of TENS is that it is safe, ‘drug free’ method of pain management. It acts through pads placed on the skin, sending small electrical impulses to the underlying nerve fibres (transcutaneous means ‘through the skin’). Nerve fibres carry sensations such as touch, warmth, pressure and pain. TENS can work in two ways:

EMS causes the muscles to contract – by mimicking the action potential that comes from the central nervous system.

An example of somebody who could benefit from a TENS EMS combination unit is an active sportsperson who works at a desk and suffers from lower back pain.

They would be able to use the TENS function to relieve their back pain and the EMS could be used to help strengthen their muscles as part of their training program.

Here are the products I considered:

I ended up getting the Bluetens due to two main reasons:

The Compex SP 8 is a very nice device, but it’s very pricey (around €1,000 for the best model). I believe that such devices should nowadays be powered by a smartphone app rather than having to carry a separate device and its proprietary charging station around.

A key element with TENS device usage is proper electrode placements. The Compex devices come with a pen-like device which help you find the exact points that you should apply your pads to. This is because every body is different, and while points are generally in the same area, the exact spot will be different for each individual. You can see the Compex pen in action in the following video:

If your device doesn’t have anything similar, you’ll have to rely on the instructions that come with your device, or the online guides to electrode placements that many vendors and health practitioners make available on their websites. 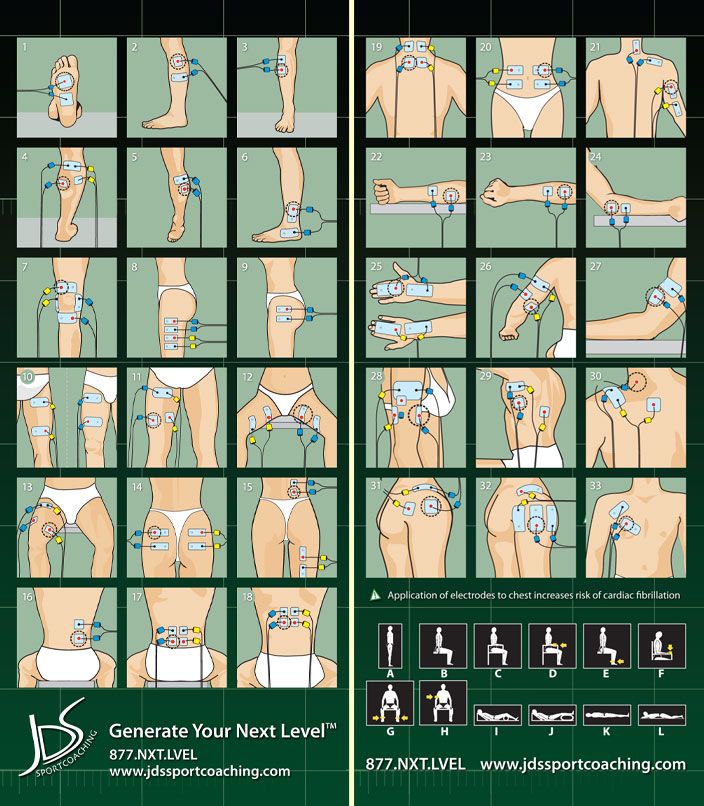 As I said, most vendors provide charts and even videos on where to place your electrodes depending on the muscle/s you need to stimulate.

Here’s a video from Compex (they have the best educational materials on electrode placement, which is what I would expect from such expensive devices):

My Feelings on TENS and EMS

Unfortunately, the bulk of the research available on is flawed for a number of reasons, which makes it hard to draw conclusions one way or another.

As with many others things, you are not going to see any incredible results after one or two sessions of TENS therapy. All I can say so far is that I’m happy with my modest investment in the Bluetens device and I will keep experimenting with it.

By using the Bluetens daily on my quads in recovery mode, I feel that I don’t wake up with stiff and fatigued quads the next day. I guess this can be a placebo effect, but even in that case, if it helps me to train in a better way, or even has me training when I would have otherwise stayed at home, I would still consider it a successful experiment.

I also use the Bluetens on my quads before I go to a match as I feel it activates the muscles and prepares them for intense training. I still follow that up with a proper warm-up session but I definitely feel better if I do the stimulation beforehand. This is especially true if I’m playing an early morning match and I’m still stiff from the previous day’s match or training.

It is also important to be aware that some patients with very sensitive skin may experience redness under the electrodes after a session. Generally, this redness is completely harmless and usually disappears after 10 to 20 minutes, although it can take up to an hour for some people. Never start another stimulation session in the same area if the redness is still visible.

Have you used such devices yourself? What is your take on their effectiveness?