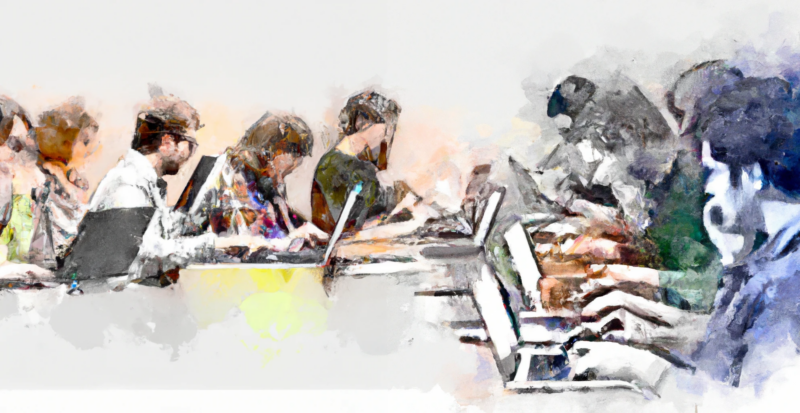 Remote companies like RebelCode tend to hire people from all over the world.

This sounds like a great idea to reduce the costs of having an office, as well as have a more diverse workforce and also reduce labor costs.

How is it done in practice?

There are two ways: Contractor agreement or Employee agreement.

Most companies require that the people they hire set themselves up as self-employed contractors and they then bill the company once a month.

As you might expect, some countries are not very enthusiastic about such setups, as technically speaking, the company should setup a branch in every country they will be hiring in. This is very cumbersome in practice, and that’s why the self-employed route is the most straightforward way to do it.

Germany, for example, has very strict labor rules, and it’s pretty difficult to hire someone on this basis there. It is very likely that the German people you’d be interested in hiring will themselves not want to get set up in this manner. On the other hand, Eastern European countries, to cite another example, have pretty lax rules and enforcement, so it is straightforward to hire from there.

The 4 litmus tests that governments use to determine if people are contractors or actually employees are the following:

In practice, most contractor-company relationships in the remote work realm would fall foul for these 4 litmus tests, hence the setup lies in a grey area.

There are ways of improving the setup to make it less of a grey area, especially if you are employing multiple people from another foreign country. Two good ways are using an EOR or POE.

How to Find The Right Fit

Here are some notes I took at a conference talk by Mads Singers on recruitment.

Focus on the needs of each person you’re interviewing. What is the role, skill set and type of personality you’re looking for? If you hire people for a role they like doing, it’ll be a success.

Take a look at the Empire Flippers job descriptions as they are some of the best around. When recruiting your job is to sell your company. Be realistic but talk about your company, who are you, and what’s your culture like. Make it very clear that it’s a tough job. You don’t want to be selling a “relaxed, work-from-home job”. Better to make it sound tougher than it really is than the other way round.

The best people are already employed. Networking is absolutely key. The bigger your network is the more likely it is that you already know the person you want to employ. Knowing someone means you already have a good idea what you’re getting.

When contacting people on Linkedin they tend to hire one of those people’s contacts rather than the person they originally contacted. If you’re approaching someone from a competitor, you don’t need to be afraid of being seen as a poacher. You can ask: “hey we have a cool job opening, would you happen to know anyone in this field who would be a good fit for this?”

What to look for

Focus on personality and culture before skillset. You can always train the skills but the mentality is much more difficult to train and is the sum of the person’s genetics and life experiences which is very very had to change. A good rule of thumb is 10% skills, 90% personality. Unless you’re looking for highly specific roles like a programmer; there you want skills.

Focus on full-time as it costs less to train and they are much more likely to be looking for other jobs and eventually leave.

Use job posting sites and sites like LinkedIn. If you want to hire from competitors you could ask those people whether they know anyone who would be interested in the job.

Make sure you have a good pile of candidates so you can have a full choice for filtering and choosing. Check for trust and honesty. Job hopping is a no-no. People who have lived in several countries are favored.

Ask everyone the same questions. Ask stuff that helps understand who they are. Ask about their weaknesses. Try to understand if they’re telling you the truth or bullshitting. What you’re looking for is whether this person can be honest or not. Another good question is: “Do you prefer working by yourself or in a team? Many candidates stumble on that one.

Hire the right one

People hire the best person if they’re not good enough. This is one of the biggest mistakes in recruitment. Don’t hesitate to avoid hiring any of the candidates if none of them make you excited to work with them.

Let people know that they were not suitable for this job but leave the door open for them to apply for future jobs, if that’s what you want.
“We don’t think you are a good fit for this company” means don’t apply again.

“We don’t think you are a good fit for this role” means we might have another job that is indeed suitable.

These extra notes are based on my experience and chats with other entrepreneurs about recruitment.

With incentives, I prefer not to have specific targets to unlock specific bonuses. It’s best to set business targets and KPIs, but then the decision for bonuses (which can be given in July and December) rests with the management team. You can also reward people who go above and beyond what was asked for them. Bonuses can be 0.5 to 1.5x the monthly salary.

Another interesting idea is to tie part of the salary every month to the company’s performance. For example, if employees are earning €1,500, part of that, say €300, would be tied to whether the company hits its monthly targets.