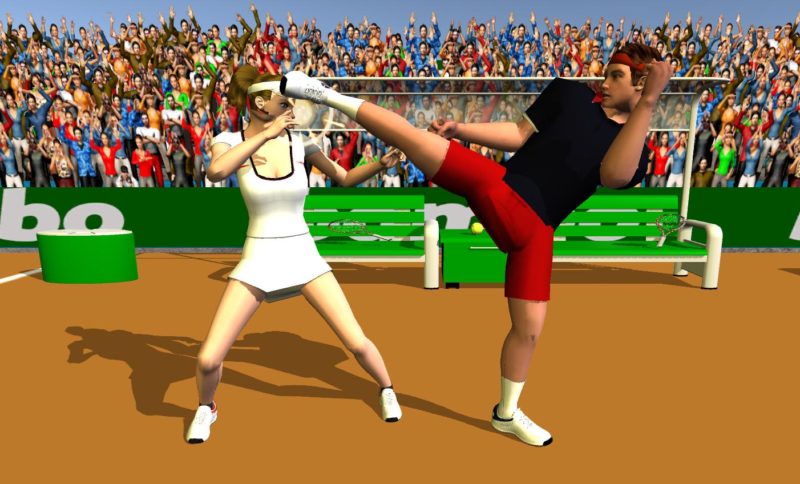 Today I want to address confrontation in sports like tennis and padel, where it is quite common to have opponents try out some gamesmanship techniques to try to put you off your game.

I’ll start by recounting a situation that happened to me recently while playing in a padel tournament in Barcelona.

I’m always a bit on edge about playing in tournaments due to there being no second chances, one loss and you’re out.

Here in Spain typically players don’t warm up, take a break between change of sides etc. It seems that everyone is very anxious to keep the play flowing, unlike their tennis hero Nadal ironically.

So me and my partner like to do things properly, and take a break to towel down, drink and have a few quick words on change of sides, nothing out of the norms allowed by the rules on timings. At the end of a hard-fought first set in our last match, one of our opponents started to accuse us vehemently of time-wasting as we were having our break.

It really took me by surprise as I’m the type of person who likes to abide by the rules very strictly, so being accused of cheating took me by surprise and made me indignant. I made the mistake of engaging with the opponent and giving explanations that had every right to take breaks as the rules stipulate such allowances, and after a 5 minute heated discussion we continued the match. The guy was constantly nervous and commenting during the rest of the match and refused to shake hands at the end, which is totally unsportinglike.

Apart from not enjoying the tension in the atmosphere of this match, I was really bothered about how I lost my nerve and got the jitters after this exchange and played very badly in the second set, almost costing us the set. I think they would have been able to win the tiebreaker had we not narrowly managed to close off the second set.

I then spent some time replaying the situation back home (I actually had recorded the match too so I could re-watch the conflict). I thought about how things had panned out and asked some experienced players for their thoughts on such situations.

What is happening in these situations is that our body’s “fight or flight” response is activated, and then it’s really hard to get back to a calm state. Based on that knowledge, it’s definitely better to avoid or mitigate the confrontation in the first place if possible.

Tournaments have officials around even though there might not be an umpire for every match, so it is not your responsiblity to listen to your opponent’s complaints; they have the option to seek out an official if they feel so strongly about things.

It’s important to make sure that partners support each other if you’re playing tennis doubles or padel. You should not leave your partner exposed alone to the other players’ accusations. That doesn’t mean picking a fight to protect him, but rather to help him maintain his calm and composure and not be influenced by the other team.

On the bright side, the fact that your opponent has to resort to gamesmanship to try and throw you off means he doesn’t think his tennis is good enough to win. That is a sure sign that you’re doing well and you should continue playing and doing whatever has gotten you thus far. That means that you should absolutely not engage into an on-court duel with the offending opponent as this will mess up your game and potentially be exactly what the opponent was looking for.

Think of non-sensical comments, aggression and loud cheering from your opponent as if they were a car alarm that goes off relentlessly. It’s annoying but ultimately harmless, so we ignore it. You should do the same with your opponent.

On the other hand, when there is a real issue that needs sorting out, for example if the opponent is continuously breaking the rules such as by foot faulting, you can simply approach them with a smile and point it out without any emotion. Ask them nicely and see what happens. If they continue faulting you have two decisions. Either stop the match and approach the officials for a resolution, or else ignore it altogether and focus on your return in this case. The worst thing is to continue simmering about the offending foot faults and observing their feet during every serve. This will throw your return off and gift them victory.

Another common problem is players not wanting to change sides. I don’t understand the logic behind it apart from just pure laziness. In these occasions, you can simply point out that you’d prefer playing by the rules if they don’t mind. They might shrug and mutter some complaints but ultimately the rules are clear and on your side, so they have no option but to comply.

Do you have any other tips?