Bouncing the ball before serving in padel serves to focus the serving player on his next shot and point, and there is no rule saying how many times the ball can be bounced. The only rule that is related is that about time wasting, however, I’ve never seen a player being given a warning due to bouncing the ball too many times.

It is true that some players have a habit of exaggerating things and trying to throw the opposing players off their psychological game by bouncing the ball many times, but if you play against such players it’s best to just grin and bear it; in the end, they are unlikely to be sanctioned.

The average seems to be between 3 and 5 times.

I think 3-4 times is the sweet spot for me. Here are the serve preparations from two of my favorite players: Maxi Sanchez and Mapi Sanchez:

The serves above are what I would consider fair and clean serves. While we’re on about the topic of serving in padel, make sure you serve without breaking the positioning rules and ball height (waist-high maximum).

Again, you will find players on the World Padel Tour circuit who don’t follow the ball height rule that closely (Bela and Lima are very frequently accused of breaking the rules on this one), however, I’ve never seen them sanctioned.

Here are some screenshots of serves that in my opinion are faults, but they are never sanctioned: 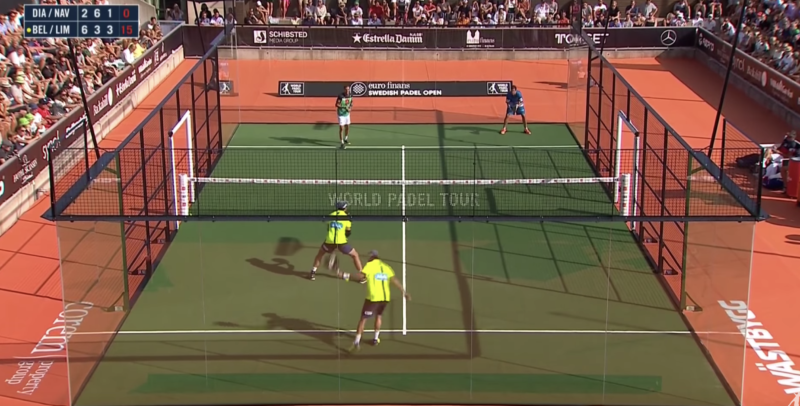 Above the ball is at the height of his hand, almost chest high. 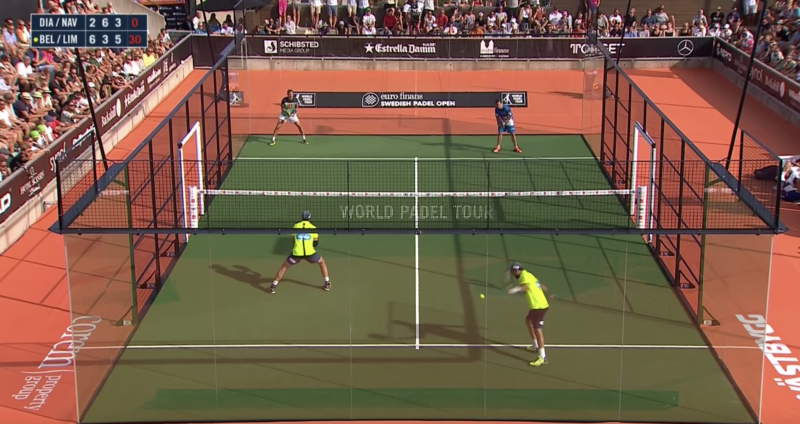 Again, the ball is clearly higher than the waist right before impact.

And this is what happens when a player complains about the rivals’ illegal serves (he gets a warning):

At the end of the day, there is little regard for the rules in padel as of 2019. It’s something that I hope changes in the coming years, because I’ve also experienced this on the court myself. It’s hard not to get thrown off your game when your opponent is consciously breaking the rules just because there is nobody to sanction him.

If this happens, I would suggest breaking the rules yourself if it gives you an advantage. It’s sad to have to give such advice, but this is the way things stand today. In the future, I hope things will get more professional and rule breakers will be punished.