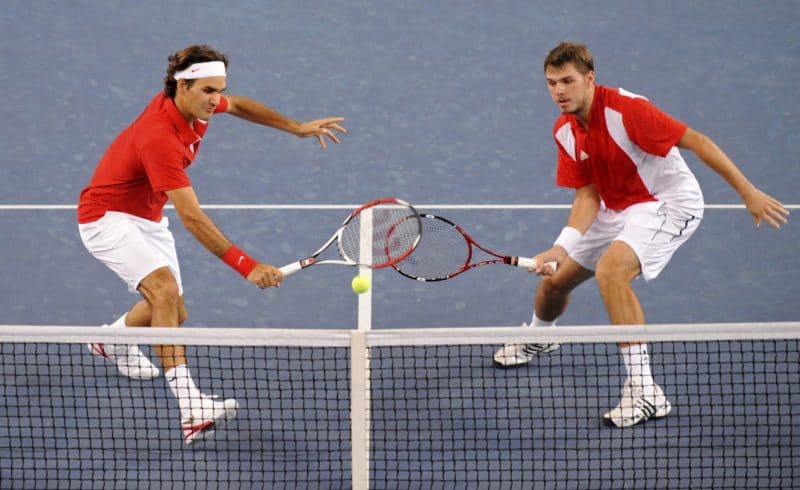 Timothy Gallway spoke about the inner game of tennis in his two books on tennis psychology several decades ago, although all the principles remain true to this day.

He observed that we think of ourselves as one person, but when playing tennis or padel (and certainly in other areas of life) there really are two selves in play; self 1 and self 2.

Self 1 constantly tells the other part what to do. It seems to know everything there is about tennis – how to bend the knees, watch the ball, follow through and so on. And then there is the other part, Self 2, who is a silent doer.

And yet, the Self 1 doesn’t trust Self 2 much and even takes things in its own hands and starts moving the body, tightening all sorts of muscles and makes the arm go where it thinks it should go. Since all the fluidity and timing is gone by now, the arm usually mishits the shot and Self 1 gets one more chance to degrade Self 2.

In recent weeks I had the occasion to really fully understand this concept. I’ve been playing padel and training tennis with players who are much better and have decades more experience than I do. I asked them to give me suggestions during the matches with the aim of improving my play.

They did their job but the result was that I played even worse than usual in most matches, ended up very demoralized and almost lost the wish to play.

When I sat down to think about what was happening, I realized that I had a serious conflict between Self 1 and Self 2. During matches, Self 2 needs to absolutely be present and uninhibited to do what it knows how to do. I already knew that trying to see things from the Self 1 perspective and how to hit a particular ball or how to move would result in clumsy movements and frequent mishits, but I had somehow forgotten about the concept when playing with these better partners.

What was happening is that all the tips and corrections that they were making were really directed at Self 1, who proceeded to remove control from Self 1 and play with ever diminishing confidence in the abilities of Self 2. This is why I had started to play worse instead of better.

The lesson for me was the following:

Don’t try to correct your manner of play during matches. Your only aim during a match is to keep focused on the ball and the game, stay hydrated and try to poke holes in your opponent’s style of play. All the movements and strokes are what they are, and you can’t change them during a match. The best you can do is to record a video of your match and analyse things later.

Once you’re done with analysis and have produced a list of things to work on, it’s time to help Self 2 assimilate new skills by engaging a coach and working on the court with him, or even practicing drills on your own.

If you’re playing doubles in tennis or padel (always played in doubles) it’s important to be confident and let Self 2 be the one in control. Do not let your partner engage with Self 1 repeatedly or you will lose your game. If necessary, let your partner know that you appreciate his help but you would rather stay focused and avoid the tips and use the limited time between points to take a breather and get ready for the next play.

A good partner will always respect that, if they don’t, then you should probably be looking for a new partner. You are on the court to have a good time and try to win, if your partner thinks he is better and needs to constantly fix your game, then it is his problem and he should find another person to play with.

There are no sortcuts to learning how to play padel or tennis. Our body and brain need many many repetitions to coordinate hundreds of muscles in our body to produce the movement which will bring desired outcomes.

But there are hundreds of ways of slowing this down. And all these are made by the interference of Self 1.

We absolutely need to avoid judging ourselves after every shot, and obviously avoid letting other people judge us.

What sports like tennis and padel can really help with is achieving a state of acceptance. Letting go and observing life as it happens without constantly judging everything. This is something that can be practiced during meditation but is really put to the test when playing tennis and padel. Once you manage to be in a state of acceptance more often, you will find that you are able to enjoy life and sports way more than before, and you will even improve much faster at whatever you’re trying to master.