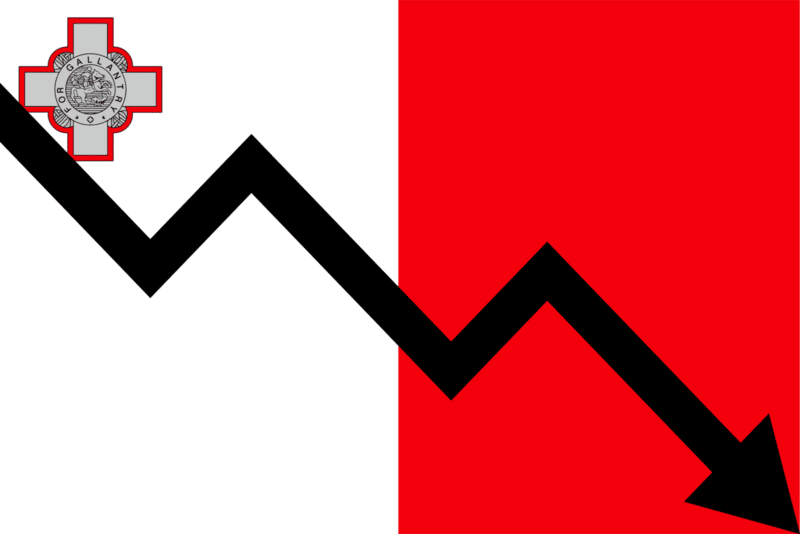 It’s been more than ten years now since I left Malta (click here to read my original article about why I left), and in recent years I’ve preferred not to comment much on Malta, both because I had personally moved on from thinking about the country or following its news, and also from a sense of responsibility. Since I hadn’t been spending much time there, I thought I should let others do the talking since I couldn’t be sure whether things had stayed the same, worsened, or maybe improved since I left.

This year, however, I spent a month in Malta with my family. I thought it would be a good way for my young kids to experience the place where I grew up, or at least the good parts that remain of it. I consider myself very lucky to have been born and brought up in Malta. Some problems that led to me leaving have existed for many many years, way before I was even born, but my childhood and teenage years were certainly great, and Malta was, in my opinion, passing through some of its best times back then.

So what do I think of the current state of Malta after having again spent some time there?

Well, I’m afraid the situation doesn’t look pretty to me.

In short, I would describe the country as an anarchic construction site, and certainly, as a third-world country masquerading as a modern and flourishing European nation.

The Locals’ Views are Changing

There’s one thing that has really stood out to me. When I wrote my article on why I left Malta, and especially when I had actually left a few years before, the feeling was that the problem was mine, and nobody else really felt there was any problem with Malta. This feeling of being the odd one out was probably one of the reasons that drove me to leave and try out other places to see if I was the insane one or not, now that I think of it.

However, that has changed over the years. In my recent trip and even other shorter trips before that, I’ve actually had to resort to imploring friends and even people I met for the first time to talk about something else rather than complaining about the state of the country and how they’d leave if they could. There is a shared sense of pessimism that definitely wasn’t there 5 or 10 years ago. This feeling of mine is mirrored in recent surveys done on Malta’s younger generations. Most of them want to leave and think that the future of Malta isn’t bright.

I describe Malta as being in a state of anarchy because even though there are laws and regulations just like anywhere else, people seem to completely ignore them in the most in-your-face manner imaginable. Of course, some people manage to flaunt the law more than others, after all this is a country that has become known for its corruption at the highest levels, as its greylisting indicates. While corruption and nepotism has always existed on this island, the current Labour party has taken things to another level.

As for the construction site part, you just need to spend a few hours driving around Malta to understand why I describe it that way. There’s dust everywhere (forget dust control measures in Malta, nobody cares), and everywhere you look are cranes and bulldozers destroying traditional terraced houses and erecting the next ugly block of flats. Not to mention the building in what was previously green areas, again thank the unscrupulous political parties for that.

No wonder the cases of asthma and other respiratory diseases have gone through the roof. Oh, and I forgot to mention the lax safety standards in place when demolition and construction takes place. A few people died due to their houses collapsing while works were being done on the adjacent buildings, but this is Malta, and the people responsible get to continue living their lives while the victims suffer on.

The country has always been very limiting geographically; as a resident or native Maltese, you pretty much get to know every part of the islands by heart, meet the same people, go to the same restaurants etc. On the other hand, in bigger countries, you always have the sense that you can do something new, and that was also one reason why I left. With the destruction of Malta’s natural environment, the increase in population, and corresponding traffic and pollution, it has become downright suffocating.

Greed and Selfishness – A Way to Cope?

The greed and selfishness in the acts of people in Malta are unlike anything I’ve seen anywhere else. The interesting thing is that for the most part, these people are not even aware that they are doing something that might be an inconvenience or harm others. In fact, if you talk to some of these people in the street, they might come across as very friendly. That’s one of the paradoxes that really drives me crazy on this island.

I have a theory about this. There is only so much abuse one can watch and suffer on a daily basis before instinctively they will act in a similar way. In this way, people begin to justify small misdeeds, perhaps with a typical Malta “u ijwa” or “mhux xorta?” (meaning “it doesn’t really matter” or “it’s ok”). It’s ultimately a way to cope and normalize life in the conditions that Malta is in right now.

But the Foreigners are Coming in Droves!

Touching on the population increase, today 20% of the Maltese population was not born there. While some try to promote this fact by saying that many expats are moving to Malta because it is so great, the reality is somewhat different. Most foreigners are laborers and occupy low-skill jobs that the Maltese no longer want to do. They move here just because it’s slightly better than the previous place they were based in and struggle to make ends meet. I have made respect for many of these immigrants who not only work hard to earn a living, but actually support the rest of their families thousands of kilometers away in countries like the Philippines, India and Pakistan, as well as many African nations.

So let’s be honest, they didn’t move to Malta because of all the supposed virtues that are trumpeted in the glossy tourist ads, they are there for the money, and will move to another place when things change. A much smaller percentage of expats move to Malta for the weather, and more importantly for tax reasons. Given the destruction of Malta’s environment and climate change making the weather even hotter than it was before, I suspect the weather will become less of a factor, while the Maltese tax system has long been in the EU’s crosshairs and might very well become less attractive if they decide to apply more pressure on Malta to change the fiscal incentives.

Malta the island remains a gem, despite all the harm that has been done to it over the years. There remain a few pockets of beauty but it is getting harder and harder to find them and enjoy them without being disturbed by the actions of other irresponsible people.

As for the local people, I want to stress that there are many extremely friendly, honest, and genuinely great Maltese people, and I have the honor of counting on some of them as friends and family. I admire them for their tenacity in trying to do good things and even change the status quo, despite the adversities. However, the tragedy of the commons is all too apparent in Malta, and the growing number of bad apples ruins the overall pie.

While it’s sad for me to say it, Malta, when all things are considered, is on a steep decline and there’s not much that gives me hope for the islands.

Now that I have kids, the most important question for me has changed from being where I feel the best living, to where I want my children to grow up. And if I was quite confident with my answer to the first question, the second one I can answer even more unequivocally – I can’t ever imagine my kids growing up in Malta.