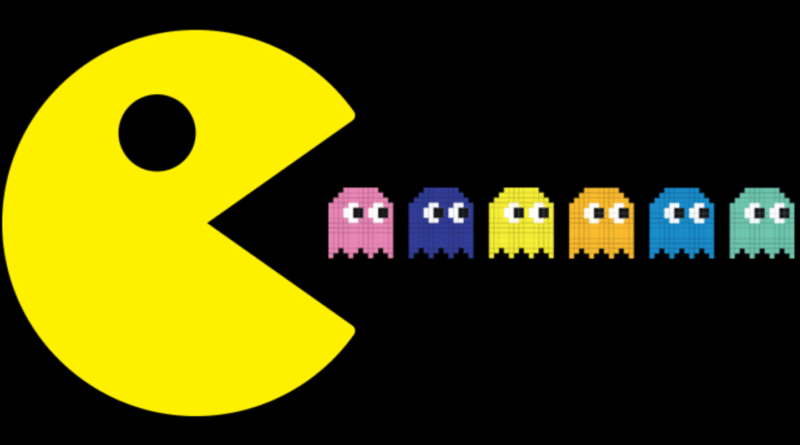 This is an article that reflects on the high number of acquisitions we’ve seen happen in the past few years (2018-2021) within the WordPress space. There are basically a handful of companies behind all the big acquisitions, so there is no doubt that the product space is becoming more centralized, and these big companies now wield enormous power.

This article is an adaptation from a comment I left on the article on the WP Mayor blog entitled Is There a Future for Small WordPress Businesses?. Check that out as well.

Having moved out of WordPress myself (aside from being a normal user, running my own blogs on it) a few years ago, I can empathize with Pippin’s reasons for selling. It’s never easy to let go of a successful business, even if there is good money to be made in selling it, and I’m really happy for him. I remember when Pippin was just starting out in WordPress, and he’s been a massive positive influence on WordPress over many years, putting a lot of energy into not only building his products but also educating thousands through his articles on development and later his insights on running a WordPress business. He deserved every bit of success while running his businesses and the handsome payout one gets when selling a company of this scale.

I happened to write some of my thoughts on WordPress last year, so check out that article for my opinions, which remain relevant today.

While the streak of acquisitions we’ve been seeing in the WordPress space are to be expected, they are also a sign that the space has changed a lot over the almost two decades since WordPress’ inception. Particularly the last 5-10 years have seen accelerated growth. Leaving aside any emotional reactions one might have, I think it’s important for everyone involved with WordPress to be clear on what WordPress is nowadays and where it stands in the grand scheme of things.

For that, we need to start with an understanding of the web’s history and where WordPress fits in. WordPress caught the wave of the transition between Web 1.0 and Web 2.0.

Web 1.0 refers to the read-only, static, version of the internet, where there were relatively few sources of information and there were high barriers to publishing your own content and obtaining visibility. The web in those days was just an extension of traditional one-way media like TV and radio.

Web 2.0 changed everything, and it became known as the read-write web, meaning that now we could interact with things on the web and more importantly publish our own content. That’s where WordPress and other similar open-source projects came in. WordPress eventually came to dominate the open-source blogging and CMS market.

At that point in time, it was very cool to have your own website or blog, and people were relishing the prospect of being able to share their thoughts online. The revolution was huge, and we saw a big shift in information decentralization, moving from the big-money media to independent small publishers and individual bloggers. Knowing HTML and CSS as well as your way around domains and hosting was a badge of honor, this stuff was very cool back then.

Over the years, however, many of the ideals that WordPress and Web 2.0 stood for were lost by the wayside. Users started preferring the ease-of-use of centralized platforms like Facebook and Instagram, and web blogging itself went into a decline. Of course, WordPress moved beyond being just a blogging platform, and the addition of e-commerce capabilities made it a very nice all-rounder tool. However, it also lost its way for a few years (more on that in my blog post) before the big push for Gutenberg in a last-ditch attempt to stay relevant in the publishing space when faced with formidably polished publishing interfaces by Squarespace, Wix and other hosted platforms. Only time will tell whether this move was even successful, as the Gutenberg plugin is literally one of the most hated plugins I’ve ever seen, with an overwhelming number of 1-star reviews in the WP repository as of today.

In any case, I think that WordPress is by no means the web darling it once was. The spate of acquisitions we see happening definitely increase centralization and move away from one of the core ideals that the early WordPress community espoused – that of decentralization and power to the small guy. Let’s remember that WordPress enabled thousands of young web enthusiasts from all over the world to make a living online and even start their own web businesses selling themes, plugins or related services. In those early WordPress years, it was one of the only avenues for geographically or financially disadvantaged people to get out of the rut they were in. It was definitely a lifesaver for me and I will forever be grateful to WordPress as an open-source project and the wonderful people I met in this community.

Now, the big deal is that we are moving towards Web 3.0. It’s already happening, driven mainly by the invention of Bitcoin, which paved the way to more expansive blockchains like Ethereum that enable smart contracts, decentralized finance and even governance structures through DAOs.

In many ways, I feel the same about crypto and Web 3.0 as I did when WordPress and the shift to Web 2.0 happened. The focus is again on the principles of decentralization, permissionless access, censorship resistance, as well as the new ideas of monetization and privacy.

For the technically-inclined, here’s a nice overview of Web 3.0 architecture. If you haven’t yet dabbled with Web 3.0 apps and want to know more, it’s a great read. It requires quite a paradigm shift and from a development standpoint, I feel that it’s a bigger leap to make compared to the one we made from Web 1.0 to Web 2.0 and I don’t think many people in WordPress are taking notice. WordPress is a tool built by and for millennials, but the new generations are used to different ways of publishing online. Within the WordPress space, meanwhile, we just obsess about the market share that magically grows year after year, but I don’t think that metric is that relevant anymore. WordPress is no longer a sexy and revolutionary tool as it once was, and that’s the more important fact to keep in mind.

Zooming back into the WordPress space, I do believe that these acquisitions are not great news for product owners in general. In this particular case, there are the specific hazards that Carl Hancock and Mark mention. This is one reason why I feel that the WordPress space has grown a lot but at the same time remained very immature in certain areas. The lack of an official plugin store (app store) has driven almost all premium plugin developers to use either EDD or Freemius. These two businesses in turn become excellent acquisition targets, and if you’re worried about the EDD acquisition, wait till Freemius gets acquired. The latter is a hosted service, so they hold all the important data and metrics on their end, and they’d be visible to any company that acquires them. The founders of Freemius are friends of mine, and again, they provided a sorely needed product in the WordPress space, and worked extremely hard at making it a success, but this big danger remains in the case of an eventual acquisition, which in my opinion is only a question of time.

Now, whether you like it or not, the future of WordPress involves many more acquisitions and centralization. With the big players getting bigger, it is undoubtedly harder for the traditional single web enthusiast or developer to develop a product that generates meaningful income. This is not something new, however, it’s already been the case for several years. There will be success stories, but they will be fewer and further between.

The first decision you need to take, in my opinion, is whether you want to be in the WordPress space at all. As I mentioned, personally I find Web 3.0 much closer to my ideals and so I’m devoting my time there. You could also be building apps for Shopify or other platforms, or building a SAAS. I don’t see any special advantages in building a WordPress business over some of the alternatives I mention. It used to feature a lower barrier of entry technically and financially speaking, but I don’t think this is the case anymore.

If you still love WordPress and feel strongly that you want to build products for WP, then perhaps it’s time to focus more on building businesses that are “built to sell”, as Pippin himself mentioned in his announcement post. You might want to think twice about building a competitor to EDD, Yoast SEO, AffiliateWP, and other major plugins, because it’s extremely hard for you to compete. Instead, you might want to focus on businesses that the big companies in the space will find interesting as an acquisition target. That will provide you with a potential big payday as well as a very probably job with a successful company should you accept that proposition.

I hope this was helpful, as always I like to be honest about things with no bad intentions. I am really curious to see what’s in store for WordPress in the years to come, and as a user I hope it remains a major player as a publishing tool, not only in the much-touted market share, but in actual functionality and ease-of-use. Who knows, maybe WordPress also somehow crosses over to Web 3.0 as well.