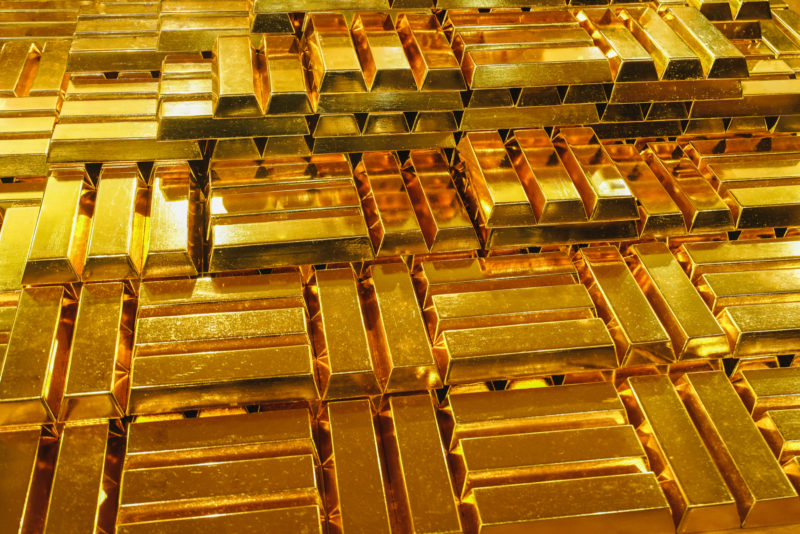 One of the decisions to make as an investor is whether to invest in gold and other precious metals. Gold has been a highly valued, precious metal for most of human history. From the Egyptians, to the first Roman gold coins, right through to the current day; humans continue to have a fascination with the dense, yellow metal.

During the last financial crash of 2008 and shortly after, we saw many people hype up gold as the best investment of the time. It’s true that for a number of years the price rose sharply as people were looking for something stable to put their money into and there was a lot of doom and gloom due to the state of the economy.

Unfortunately, most pundits and advisors recommend gold before a big gold crash. It’s latest heyday was 2011, after the price had increased 24 percent in 2009 and 29.3 percent in 2010. Until the average investor got to know about the “opportunity” and made arrangements to invest, however, it was already too late. Institutional investors had already made their money and started to sell, helping gold drop 37 percent in 2013 from its 2011 high.

Can we consider Gold an Investment?

If we take a sensible look at gold in 2020 and look back as far as we can, it is very clear that gold has not produced good returns that can compare in any way to other investments such as real estate or stocks.

Professor Jeremy Siegel, of the Wharton School of the University of Pennsylvania, looked at the data from 1802 to 2008 in his investing classic “Stocks for the Long Run”. He found that if you invested $10,000, and reinvested all the dividends and interest, this is what you’d have (adjusted for inflation).

We can, therefore, extract our first important conclusion.

Gold considered purely as an investment is not an attractive proposition.

Why has gold generated such low inflation-adjusted returns over the long-run?

The reason is simple. Gold has no intrinsic value. It isn’t a productive asset.

What’s a productive asset? When you own an asset that produces goods and/or services to consumers, we can say that it is producing value and that it is a productive asset. A good business generates a profit and we can either start such businesses ourselves or invest in them through the purchase of stocks and bonds.

I would say that if we’re looking at gold to make good returns, the only way to do so is to speculate, and that’s more akin to gambling than investing.

It is an asset that can fluctuate wildly and generate huge opportunities for those who are analysing the markets and the political situation around the world.

But in terms of productive growth, gold is a dead asset that will eventually return to its baseline.  It produces nothing.  It creates nothing.  The inflation-adjusted returns of the past 200 years reflect this reality.

Next, we can analyze history to see if we can deduce something from the short periods were gold performed better than other investments and rose in price.

Again, it is very clear that it performed best in very uncertain economic times when people were losing all their faith in the financial system run by the world’s governments, or when there was a real threat of worldwide war.

Hence, we can consider that gold might be a good hedging mechanism.

There are some people who think that the world’s financial system is on the verge of collapse, and thus they seek gold as a store of value to get them through that hypothetical collapse.

As I write this in February 2020, gold is reaching new highs in euro terms to reach €1,456 an ounce today as the Euro came under selling pressure.

We can understand that investors are using gold as a safe haven as an alternative to a weaker euro due to the slowing German and eurozone economies.

Investors are also concerned about the impact of a slowing global economy and the risks to an already vulnerable debt saturated global economy from the coronavirus epidemic.

Gold as a Store of Wealth

There is one special case where gold can be very useful and recommended.

It’s a great asset for those unfortunate enough to be living in an oppressive country with a collapsed financial system.

Gold makes a lot of sense for those who have no access to or no trust in the financial system, or expect to be in such a situation. It’s an alternate currency and store of wealth. There are several countries around the world today with dysfunctional and inflation-ridden local currency, as well as limits on inflows and outflows of other nations’ currencies. For citizens of those countries, having their wealth stored in gold would be an incredibly good thing as they avoid all the hardships brought about by the politics and financial situation around them.

It can also serve as a flight mechanism during times of total catastrophic national collapse, such as a Jewish family fleeing Germany during the second world war who wanted to be able to start over with some capital in a new country.

Hopefully, none of you will ever be in that position, although there are several countries in that situation right now. That explains why assets like gold and Bitcoin are hugely popular in Venezuela and Argentina, just to mention two countries facing such financial troubles.

It's difficult to imagine Millennials, Gen Zers (or any subsequent gen for that matter) preferring Gold over Bitcoin.

How to Invest in Gold and Precious Metals

When it comes to investing in gold and precious metals, there are various ways of doing things. Some investors prefer buying gold bars directly and storing them in their vaults. Others who are purchasing lower values might want to buy gold coins. At the other extreme of the spectrum we find gold ETFs, which can be bought from a regular stockbroker. You can also purchase gold but avoid the hassle of storing and securing it by using BullionVault, which is the top company bar none for such transactions.

Mining company shares tend to fluctuate more than gold itself, mostly due to the distance from final consumption. Mining represents the earliest stage of production and is extremely capital intensive and responsive to changes in interest rates.

Again, unless you really know what you’re doing, I wouldn’t consider gold mining companies as one of my go-to investments.

Borrowing with Gold as Collateral

Some people prefer to invest their money into precious metals such as gold, which is a tangible asset. This is because there is a possibility to acquire a loan against this precious metal should the need arise. A gold loan is comparable to a personal loan, although some people prefer the former because it has a relatively lower interest rate compared to the latter. If this piqued your interest in applying for a gold loan, then read on to find out the things that you need to know beforehand.

One of the first things that you should know before applying for a gold loan is the loan tenure and payment for you to identify whether this is the perfect option for you. Gold loans are short-term loans that usually span anywhere from one to two years. This means that you need to be able to settle the money that you have borrowed within this period.

Nevertheless, there are several things that you can do with your loan proceeds even with a short span of the repayment period. According to the experts behind Money Metals Exchange, it is a wise move to use your loan proceeds for investment or business purposes, rather than for your personal or family needs. In this way, you can grow your money while paying back the loan you have acquired to get back your precious metal.

The amount of money that you will be eligible to borrow when you apply for a gold loan depends on the valuation of gold that you have deposited as collateral for the loan. However, it is most likely that you won’t be able to borrow the full amount of the gold value. Rather, expect to get an average of 60% of the value of your gold collateral, but some lenders provide a maximum amount of 90%.

Just like any other type of loan, before you get your loan proceeds, you are required to settle a certain processing fee. For a gold loan, this is usually 2% of the amount that you are borrowing, but certain lenders charge a flat fee. In this case, make sure that you spend time researching and comparing different lenders before you apply for a gold loan. 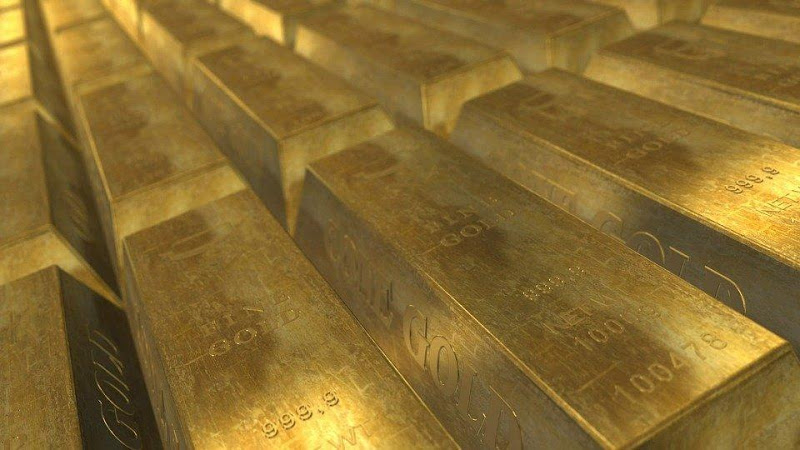 In conclusion, similar to applying for any other type of loan, you need to exert the extra effort to research your options and be informed. In doing so, you will be able to maximize the amount of money that you can borrow, while ensuring that the repayment process is manageable. Thus, you will not only have the money that you need immediately, but you are sure that you will be able to settle what you owe promptly.

We instinctively think of gold as permanent wealth, a currency that has survived all kinds of historical troubles. This is unarguably true, but that doesn’t make it a good investment, especially for those of us who are able to participate in a modern financial system with so many other good options for investing our money, such as stocks, P2P lending, real estate etc.

So far I have not invested in gold. I can understand the attraction to gold as a hedging mechanism, but as a financial instrument, I would argue that Bitcoin would be a better alternative to gold, due to its ease of direct ownership and portability. It is is also finite in the sense that we know exactly how much Bitcoin there will ever be, whereas gold isn’t, although it is scarce.

Perhaps at a later stage I might come back to gold and convert a small part of my portfolio (10% is the typical maximum suggested) purely as a hedge and insurance against things in the world taking a real nasty turn. Having said that, I do have my doubts on whether gold would be useful in a doomsday scenario. There are much more important things that are likely to be used as currency in such scenarios. Perhaps once things start to recover, gold will become the first store of wealth people turn to, but I guess the whole doomsday scenario seems extremely low probability to me, and hence low on my investment priority list.

If you decide to buy gold, I would suggest using BullionVault. With this website, you buy gold directly but they store it for you. The alternative of storing gold directly yourself is not practical in my opinion. There is also another way of buying gold and that is through an ETF. But if I’m buying gold as a hedging mechanism then I would prefer having direct ownership of the gold rather than buying through an ETF, as that is adding one extra third party between you and the gold.

If you’re in the UK, you can also make use of certain special gold coins that are legal tender, thus attract no VAT or capital gains tax, making them an attractive proposition tax-wise.

What are your thoughts on gold investing?