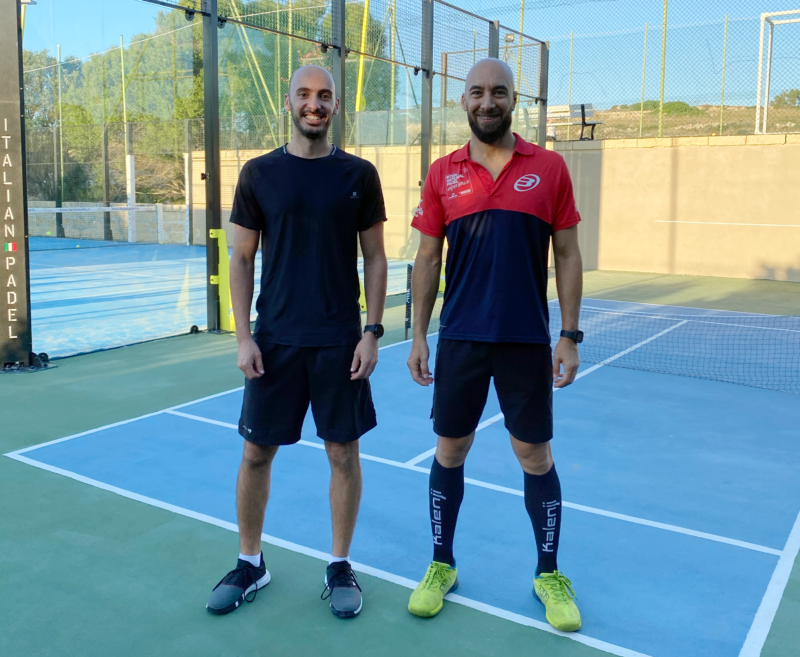 Pre-match photo at the second padel club in Malta

Well, what can we say about 2020? It was a real shit show for the whole world really, and my padel journey got heavily affected by the whole COVID crisis and lockdowns.

I started the year strongly, winning the first tournament I participated in. The rest of January was quite tough though, as right when I was hitting top form I got injured during a match and had to nurse my shoulder for the rest of the month, doing physio and recovery work.

I took the opportunity to do some reading and continue watching video tutorials of padel and tennis. I had bought some tennis courses and had then on my todo list for a while, so I worked through those during these lower intensity days. A lot of things transfer over to padel from tennis, but we’re now starting to see the first baby steps in English padel tuition as well, which is a good thing for the expansion of the sport.

I was also very pleased to see padel make a strong start in Malta, and booked my tickets to participate in an international tournament there in May. Unfortunately, as we all know, the COVID crisis then hit and all plans for the rest of the year were canceled.

The rest of my year was a mix of different sporting activities, including some padel, but mostly I would write off this year padel-wise.

I did manage to play in Malta in November, although it was just a few friendly matches. It was an amazing feeling to be back in Malta and have the possibility of playing padel. I wasn’t feeling that enthusiastic about padel at that point after not having played much during the rest of the year, but playing there gave me a new jolt of energy and desire to play.

The change in course that I described in my 2019 summary is still valid. It’s better for me to focus on my physical well-being by training at the gym and doing various sports as a complement to my gym work. This will help me prolong my sports journey while also keeping things enjoyable due to the variety of activities that I am doing.

Mid-way through 2020 I started to feel a nagging pain in my right ankle which I couldn’t shake off, and I underwent some routine examinations to see if anything serious was going on. I have very lax ligaments in several parts of my body, and it turns out the right ankle, in particular, was particularly loose and thus getting overly stressed after every match or training session. The best way forward for me will be to strengthen the ankle area so I will have to do these exercises for the rest of my life to counter this weakness. Surgery is another option if things get worse, but I’d definitely like to avoid that.

Competing seriously at just one sport can have a big toll on the mind and body, and I am simply too interested in several topics in life to dedicate as much time as needed to compete in padel seriously. I will probably keep competing from time to time because I love the challenge of competition, but it won’t be something that important for me in the grand scheme of things.

I’ve been reading about famous coach Pete Carroll. He developed a system by which he built his teams, and his athletes around. It seems simple but it’s actually a profound one. As he describes it: Always compete. Compete.

Isn’t that what sports are about? Where’s the innovation there?

According to Carroll, competition isn’t about beating someone or something. It isn’t some contest between two opposing individuals, groups, or teams. It isn’t a zero-sum game. It isn’t something you do on Sundays. Competition, Carroll says, is all about doing your best. It’s striving to reach your potential. It’s focusing on doing “things better than they have ever been done before.” That’s the mentality a competitor approaches every day with: Am I better today than I was yesterday? Yes? Then I won.

And that’s what I want to focus on going forward. I’ll be enjoying every padel match for what it is, knowing that I will have great matches and others where I perform badly, but I will always appreciate my time on the court and the privilege that it represents. On a long-term basis I will strive to improve my game without obsessing about it, with the main objective being to remain physically active and healthy.

I feel that this year’s summary fully closes the chapter for my padel journey. I’m not sure there will be a 2021 summary simply because I don’t think padel will play such an important role in my life going forward. I started my journey four years ago with an incredible desire to improve and compete, and I really went all-in on the endeavor in subsequent years, truly living the life of an athlete for a while.

Here are the previous years’ summaries if you’re interested:

At the core of it, living an athlete’s life was what I had been dreaming of all my life and I achieved it. Although it was impossible to achieve some of the competitive dreams I had in the beginning, I learned a ton anyway and am very grateful to all the coaches, players, physios etc who were part of this incredible journey.

I hope to continue playing for fun for many years going forward, and perhaps enjoying the sport in a way that I haven’t been fully able to enjoy it in previous years due to my focus on competing and performance.