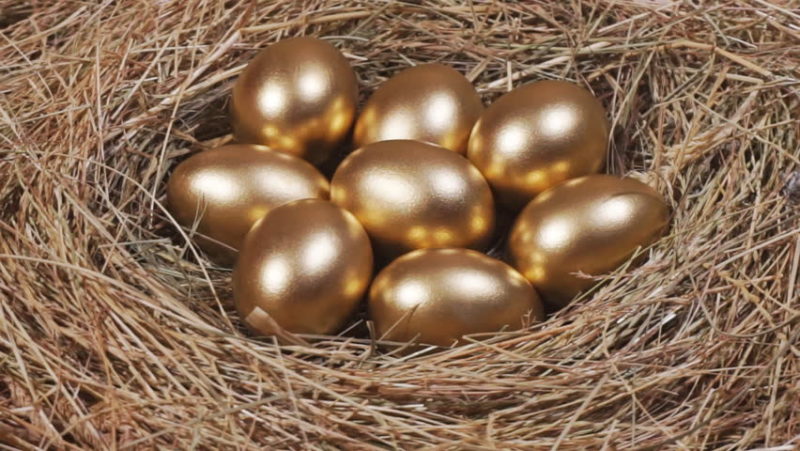 One of the best tricks for living a happy life is to turn off the news. This includes social media feeds. Both mediums are designed to constantly bombard you with sensational elements to keep you hooked. They are not the source of truth or any useful information.

The same goes for stock investing. There are TV channels dedicated to talking about stocks 24/7, but you need to avoid them. You also need to understand that historically stock picking has been a losing game.

Stock prices are constantly adjusting to the news that is available to all market participants. Without insider information, it’s impossible to predict future news. Can you tell if Apple will fall above or below their next earnings forecast? I don’t think so. If you had that magical ability, you’d be wealthy beyond imagination.

Stock pickers wrongly presume there are mispriced stocks that can be identified in advance and exploited for profit. They don’t realize that virtually all of the information about a stock, a sector, or an economy is very quickly digested by the entirety of market participants and swiftly embedded into the price of that security.

Because information is available so quickly, you never have an advantage over the millions of other market participants. Stocks are always “priced fairly” given the current information that is available. This market efficiency ensures the prices agreed upon between willing buyers and willing sellers are the best estimate of fair market values.
In other words, when you try to buy underpriced “winners” or sell overpriced “losers,” you have to think the person on the other side of the trade is misinformed or stupid. Why else would they be taking the opposite position?

Read more: How to buy tokenized stocks through crypto exchanges

Millions of investors, and an army of brokers, believe their own personal version of this fairy tale. And when someone indicates that they are beating the market while selecting individual stocks, they are also confessing the belief that the market is composed of fools.

Consider an online newsletter that shares “insider secrets” and recommends certain stocks. What are they basing these recommendations on? The only information they have is widely available to the public, for free.

If the newsletter worked, why would the author be sharing that information? Why not just keep the secret and make a fortune picking stocks? Furthermore, if the recommendations were sound, who on earth would be willing to part with a stock rated “buy” and sell it to you? And what kind of dimwit would later buy when the recommendation was to sell?

Remember, when you decide to buy and sell stocks, you’re competing against Warren Buffett, the giant Yale endowment fund, corporate insiders, and an army of PhD quants who stare at numbers for 14 hours each day. Why do you think you have more information than the professionals on the other side of the trade?

And even if you somehow did know more than those people, what makes you think that anyone can predict the future prices of any given stock? You can’t! And neither can most professionally managed mutual funds and hedge funds.

Research on the Failure of Stock Picking

Research shows that from 1975 to 2006, 99.4% of portfolio managers displayed no evidence of genuine stock-picking skill, and the 0.6% of managers who did outperform the index were “statistically indistinguishable from zero”.

This doesn’t mean that no mutual funds have beaten the market in recent years. Some have done so repeatedly over periods as short as a year or two. But the number of funds that have beaten the market over their entire histories is so small that the False Discovery Rate test can’t eliminate the possibility that the few that did were merely false positives, in other words, they got lucky.

Individuals Are Even Worse

These behaviors deleteriously affect the financial well-being of individual investors.

Individual investors who hold common stocks directly pay a tremendous performance penalty for active trading. Of 66,465 households with accounts at a large discount broker during 1991 to 1996, those that traded most earned an annual return of 11.4 percent, while the market returned 17.9 percent. Overconfidence can explain high trading levels and the resulting poor performance of individual investors.

Most investors also underperform the market by choosing to chase after hot companies that receive loads of publicity.

In their book Creative Destruction, Richard Foster and Sarah Kaplan analyzed the companies of the original S&P 500 Index created in 1957. Quite shockingly, only 74 of the original companies remained on the list in 1997, and just 12 of them ended up with returns that outperformed the index for the 41-year period through 1998. 12 out of 500!

Keep in mind that these 500 companies are some of the biggest and most influential in the world. They are not small, distressed firms that you’ve never heard of. They are giants that people love to talk about. Just think about how many people bought the stock of these “safe investments” while trying to outperform the index.

And the authors sum up the problem with stock picking quite well:

As the ’80s passed and we made our way through the ‘90s, both of us observed that almost as soon as any company had been praised in the popular management literature as excellent or somehow super durable, it began to deteriorate.

If you still aren’t convinced, have a look at the 2010 study “Stocks of Admired Companies and Spurned Ones” by Meir Statman and Deniz Anginer.

The study was based on Fortune Magazine’s annual list of “America’s Most Admired Companies” from 1983 to 2007. The authors created two portfolios from the data, with one representing the most admired companies and the other representing the “spurned” or least admired companies. The “admired” portfolio contained the stocks with the highest Fortune ratings (which were popular companies like Disney and Google), and the “spurned” portfolio contained the stocks with the lowest Fortune ratings (which were no-name companies like Jet Blue and Bridgestone).

Can you guess the outcome?

Not only that, but they found exactly the same results as the authors above.

We find that increases in admiration were followed, on average, by lower returns.

The research is clear. Investors lose when they trade frequently and attempt to pick stocks. Keep in mind that even if someone could outperform the market by selecting individual stocks, they’d likely still underperform after accounting for taxes and transaction costs.

And how about the million-dollar question: If stock picking is so hopelessly futile, why does the media continue talking about it? Why do brokers continue selling it? Why do individual investors keep chasing it?

A couple of reasons actually.

People are suckers who love a good story. Research and reason don’t sell magazines.  No big brokerage firm is going to place a full-page ad that says, “Trading your portfolio with us will cost you a fortune over time in fees and expenses, therefore you’re almost guaranteed to underperform an appropriate index fund.” No, they keep hawking the latest high-tech mutual fund, selling the dream while collecting those fees.

People desperately want to be better than the average, and smarter than the next investor, even though they probably aren’t either.

The best way to win this game is by refusing to play it. Invest in a global mix of low-expense ETFs via a good broker like DEGIRO and you’re good to go.

And Yet… I Still Pick Stocks

While all the evidence seems to be in favor of using low-cost index funds, the truth is that there are plenty of investors that have made big returns by picking stocks.

By going with the masses and choosing an index fund, you will only get average returns. This might be a fine strategy if you are adopting a defensive position, perhaps a bit later in life when you’ve already achieved your desired level of wealth and just want to grow it slowly over time.

All the wealthy people I know have either invested a huge chunk of their time and energy (10 years+) into a single project that becomes their golden egg, or picked a few stocks early in their trajectory and multiplied their money many times over. Even more common is a combination of both of these strategies – investing time in a business that eventually makes a lot of money, then investing part of that money into stocks or other businesses and multiplying the original wealth with minimal additional effort.

This strategy works well because these kinds of people are provably high performers that tend to be among the best and most informed in their industry, and they can spot new trends and markets before anyone else can. And therein lies possibly the only instance where the efficient market hypothesis breaks down.

What these people are doing is not stock picking in reality, and they tend not to care much about stock prices at all. They are applying their experience, connections, and vision to identify where the world is going, then betting on the companies that have already gained a foothold in those new trends.

Adopting such a strategy is especially well suited to tech investors because among all industries the tech industry is probably the most open and well discussed. While many commentators have long spoken of the tech bubble, and that investing in tech only works until it doesn’t, I believe that every company is now becoming a tech company, and this is not a trend that will end soon. For example, we have an upcoming monetary revolution that is driven by, guess what, new technology – in the form of Bitcoin, Ethereum and other protocols that are upending a very low-tech and tightly controlled monetary system.

So yes, in general, stock picking is a loser’s game and the chances of you making money in the long run by picking stocks are slim. However, if you’re lucky you can strike it big, so if you fit a certain profile, then stock picking might work for you.

As for me, I combine my deep knowledge of the tech industry together with that of nascent technologies like crypto, as well as my natural interest in spending time reading about investments, in order to try and generate outsized returns. So far, so good, but will it work long-term or will I spectacularly lose it all at some point? Only time will tell…