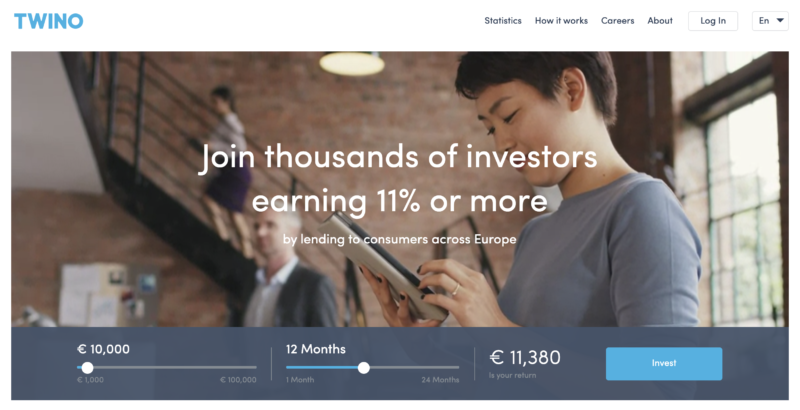 Twino was one of the first platforms that I invested in when I got started with P2P lending. They’re one of the earliest companies in the space and as such deserve respect and a closer look, as many other companies are little more than a couple of years old.

I’ve been able to obtain returns of 9.21% on this platform, with no defaults whatsoever during the years I’ve been investing with them. Granted, the returns are not spectacular, but they’re always much better than the returns on money left in the bank, and this is a platform that has never given me any headaches.

The company started operations in 2009 (web platform as we know it launched in 2015) in Latvia and has originated over EUR 1 billion in unsecured consumer loans since then. Like Mintos, it offers European investors investment opportunities in unsecured European consumer loans.

It says it has nearly 20,000 investors from over 30 European countries. Twino has also disclosed that it has also issued loans to the value of €1bn (£860m), since it was set up 10 years ago, half of the value of which have been issued in the past three years. Twino Group employs on average 543 employees across its various offices.

Although I was a big investor on Twino earlier on, over the last couple of years, I’ve reduced my allocation on this platform in favor of other platforms like Mintos which I felt had better management and a faster growth trajectory.

So is Twino worth investing in as part of a diversified portfolio in 2020?

How does Twino Work?

Twino works in a similar way to other P2P lending platforms, linking consumers who need loans with investors worldwide who are ready to lend money to them. You can learn more about how P2P lending works on my dedicated page.

You can, of course, use the auto-invest facility that Twino provides in order to automate your investment and not have to invest in loans manually. You can thus spread your money invested across hundreds or thousands of loans making sure you ware well-diversified geographically.

There are absolutely no fees for investors, and the nice thing for UK residents is that you can invest in Euro as well as GBP.

Who Invests on Twino?

UK investors are responsible for 12% of TWINO’s investments, the second largest proportion only after Germany (33%). UK investors have already earned more than EUR 1m in interest and earn on average a market-leading return of more than 10% per annum.

Their website has not been updated for a couple of years and frankly feels a bit too sparse compared to its competitors, which doesn’t inspire much confidence. However, the interface works pretty well and everything is presented clearly.

I would argue that Twino is quite transparent. You can easily find out who the top management at the company is by venturing to the Twino About page.

All financial statements up till 2018 are also easily available, as are general stats on loan performance.

The results were not very good, with very large losses in 2017 and a negative equity position as of Sep 2018. In fact, their auditors raised ‘going concern’ risks, which means that they are of the opinion that there is a real risk that Twino will go belly up in the near future if things don’t improve.

In November 2019, Twino released its consolidated financial statement for 2018, which show an impressive turnaround in the company’s finances.

During 2018, Twino attracted 4,621 new investors that together with the existing client base of 11,604 acquired claims totaling EUR 199 million with an average annual yield above 10.9%.

I’ve interacted various times with their customer care agents over Skype, and they were able to attend to all my queries in an efficient and well-articulated manner. I give them thumbs up on their support quality.

One aspect where Mintos stands head and shoulders above many other platforms is in their reporting section. You can easily generate an income statement for the past year and also balances at the end of the previous year. The PDF generated is comprehensive and contains all the information your accountant will need for tax purposes. It contains all the information necessary irrespective of whether you are investing as an individual or as a company.

In the early days, Twino used to provide excellent rates of return, rivaling those of other big platforms at the time like Mintos and Bondora. However, over time, Twino seems to have struggled to maintain a good inflow of loans with good interest rates. You should expect around 10% for 1-3 month loans at the moment from them, which is not spectacular.

Twino is contemplating expansion into the Asian market and also planning lending to real-estate and development projects. Currently, it has a presence in a number of European countries including Latvia, Poland, Russia, Georgia and Kazakhstan.

Their biggest presence is currently in Russia, although they previously were very heavy on Georgian loans. Concentrating on Russia has its own risks, but it seems to have given Mintos another shot at longevity after some worrying results in 2017.

Twino implements a buyback guarantee to cover investors against losses, which is protected by its parent group Twino Group.

TWINO issues loans via subsidiaries in Poland, Russia, Georgia, Latvia, Kazakhstan, Denmark, and Spain. Investors come from all over Europe with the UK accounting for the second-largest share of investment at 12%, according to the company. Germany is the largest market with 33% of the investing. 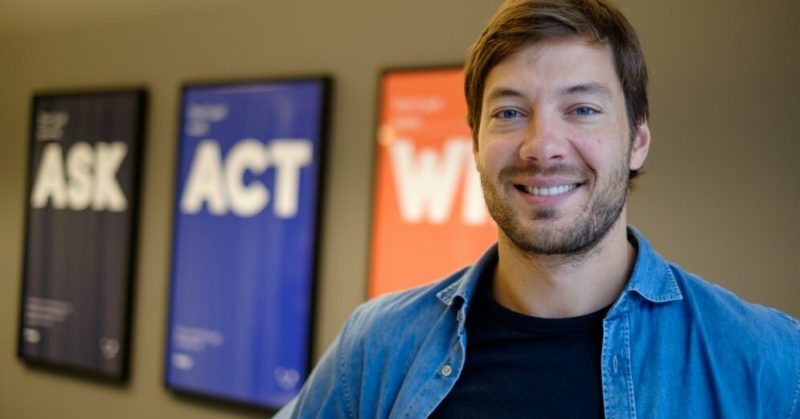 Twino was founded by Armands Broks, who is also the 100% shareholder of the company. The managing director is Anastasija Oleinika, who replaced Broks in November 2019 as CEO. Both are Latvians.

Armands Broks will now focus on new business opportunities and bringing talent on board. 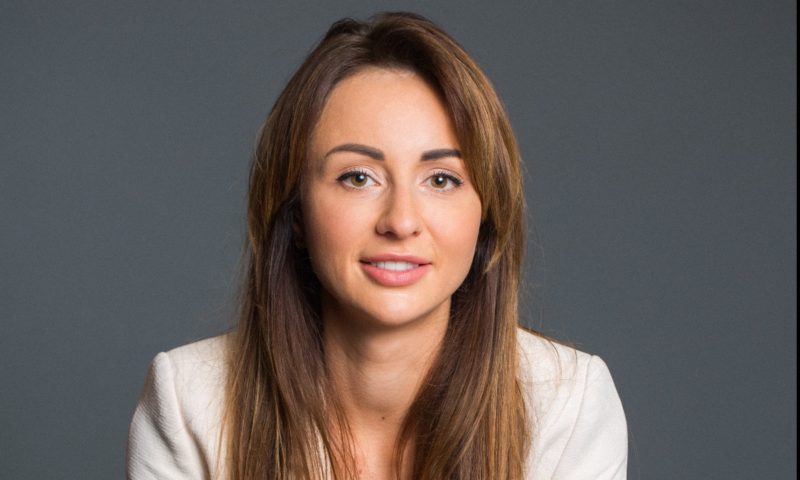 At the time of the change in leadership, Broks and Oleinika both had some things to say:

Broks said: “We’re delighted to have Anastasija leading the team at this important time in the company’s growth. We’re currently working on a number of new business developments and are evaluating opportunities in new markets, most notably Asia in the next year.”

Oleinika said: “Reaching the €1bn milestone is significant for us, and is reflective of the business’ continued growth and expansion. The restructuring process we started in 2017 has brought the expected results in a very short time, and our financial results are testament to this.

Oleinika has worked at Twino for nearly three years, managing its finance and business operations. She has also managed Twino’s operations in Russia.

It seems that this is a good move for Twino; I don’t really have any concerns about the Twino team as it stands today, they seem to be genuine people working hard to expand the platform.

After a disappointing 2017 and 2018, Twino seems to be back on track, and I would thus recommend that investors keep an eye on this platform and potentially invest in it as part of a diversified P2P lending portfolio.

I’d like Twino to implement some changes on their website to freshen things up and update certain pages that have not been updated in a few years. It would improve their image and inspire more confidence in new investors.

Looking from the outside, it seems that Twino has stopped growing somewhere along the way, not only in terms of loans, but also in terms of platform development. The site is pretty much identical to what it was two years ago, and it’s missing features we investors have gotten accustomed to on other platforms, such as the vital live chat to get questions answered.

It might be a good idea to add Twino to your portfolio if you’re trying to diversify your money across several platforms, but I would put the bulk of my money elsewhere unless they improve in the coming months.

I’ve been investing on Twino for the past four years with very good results. I recommend Twino for any P2P lending portfolio, although I’d like to see the platform revamp its website and become more active on social media and also through the creation of a blog.