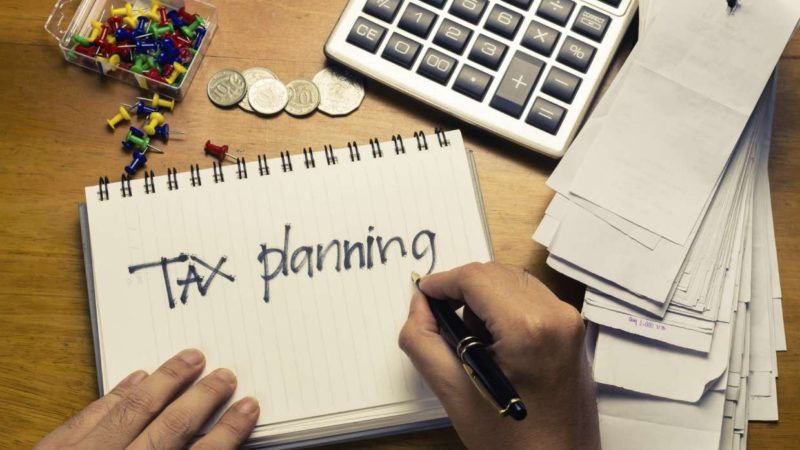 With the growing trend of digital nomadism together with location independent workplaces, championed by companies like Automattic and Basecamp, we are seeing an increasing number of company owners having the luxury of choosing a country to be tax resident in and also deciding which country to base their company in.

Tax laws tend to change quite frequently, as do the relations between countries. For example, the big countries tend to have a black list of countries they consider tax havens, and of course you don’t want to base yourself or your company there. I believe the European Union currently provides the best flexibility with moving around and building an efficient tax strategy.

No EU country can blacklist another country, so you have the security of countries playing nicely. You would perhaps be surprised to know that within the EU tax rates vary between countries in a very significant way.

There are countries which have great corporate tax rates, such as Ireland (12%) and Bulgaria (10%), while others (France, Germany, Portugal) not so much. Of course, it is to be expected that opening a company and doing business in Ireland is much easier than doing so in Bulgaria, and here the language barrier is pretty significant, not to mention the cultural one. It’s something you should seriously consider before making your decisions.

In my opinion, as of 2019, the best option is for the company owner to reside in Portugal, while the company would be based in Malta.

In short, with this option, the company taxation would be an effective 5% due to Malta’s 6/7 tax rebates, while the owner resident in Portugal would pay 0% tax on received dividends from the company for the ten years following establishment of his residency there under the Non-Habitual Resident (confusing name, I know) scheme. In Malta the setup would usually consist of one or more trading companies, together with a holding company.

For those not familiar with the Maltese taxation system, it’s worth noting that it is the only country in Europe that operates a full imputation system.

This means that corporate prof­its are taxed to the company at the rate of 35%. However, when dividends are distributed to individuals out of taxed profits, the dividend carries an imputation credit of the tax paid by the company on the profits so distributed.

Taking as an example a company which makes taxable profits of 1,000:

The company distributes all the post-tax profits to its shareholder who is an individual resident in Malta.

Malta utilises the full imputation system of company taxation where corporate prof­its are taxed to the company at the rate of 35%. However, when dividends are distributed to individuals out of taxed profits, the dividend carries an imputation credit of the tax paid by the company on the profits so distributed.

Taking as an example a company which makes taxable profits of 1,000:

The company distributes all the post-tax profits to its shareholder who is an individual resident in Malta. The company is obliged in terms of the provisions of the Income Tax Act to issue a dividend warrant which must contain the following information:

The purpose of the warrant is to enable the recipient to fully understand the manner in which the profits being distributed have been taxed, and the obligations on the shareholder to declare such dividend or otherwise and the rights of such shareholder to claim a credit for any underlying tax/tax at source.

In Malta, the highest tax rate which individuals suffer is also 35%. Should the shareholder declare the divi­dend in his tax return, the following would be declared:

The imputation credit is put against the tax charge on the dividend in the hands of the individual. This system eliminates the economic double taxation that arises when the classical system is in operation. Under the full imputation system of company taxation, corporate profits are taxed only once.

Under the Income Tax Act, the individual shareholders are not obliged to declare dividends received from Maltese companies as the dividend is already covered by the imputation credit of 35% which is equivalent to the maximum rate of tax that individuals pay in Malta.

The rates of tax chargeable on individuals income are progressive starting at 15% and reaching up to a maximum of 35%. If the shareholder receiving the dividend is not chargeable at the maximum rate of tax as his income is low, then the following would be declared in his tax return:

The individual will then receive a refund from the Revenue authorities following the submission of his tax return. The imputation system of company taxation applies to both resident and non­-resident shareholders.

For shareholders resident in Malta, the bottom line is that since the current rate of income tax applicable to companies is 35% and the maximum rate applicable to individuals is also 35%, the receipt of a dividend out of these tax accounts can never result in a shareholder having to pay additional tax on receipt of the dividend.

It’s a different story for non-resident shareholders though. While their dividends won’t be taxed in Malta, they would still need to declare the receipt of the dividends in their country of residence and pay tax there.

Of course, if you pay 35% corporate tax in Malta and then pay a further hefty percentage in your country of residence, you are going to end up paying a very high effective tax rate. If that were the case it would make little sense to open companies in Malta for non-residents. In order to deal with this problem, Malta offers a 6/7ths refund on the corporate tax paid in Malta if the shareholder is a non-resident and non-domiciled person. This brings down the effective corporate tax rate in Malta to 5%.

Here’s how best to structure the companies in Malta:

The structure above features the following:

In the end, we can conclude that company profits are only taxed at the company level, and not taxed again in the hands of the shareholder. There are in fact, no withholding taxes imposed on dividends. This means that the company owner ends up paying a net of 5% on company profits in Malta (after receiving the 6/7ths tax refund) plus the taxation on dividends received in his country of residence.

Malta is frowned upon by certain people who think that it is some sort of blacklisted tax haven. However this couldn’t be further from the truth.

Malta was and has consistently been transparent about its tax system: it is aimed at creating an attractive system that provides comparable benefits to domestic and foreign investors. In addition, the European Council has not brought any cases against Malta related to a violation of the “four freedoms” or the principle of non-discrimination. Malta has fully implemented and complied with all of the E.U.’s tax directives, which are unanimously approved by the Member States in E.C.O.F.I.N, and the Maltese tax system has not been found to infringe on the E.U.’s State Aid rules.

Globally, Malta has applied all O.E.C.D. initiatives to combat tax evasion, including the directives on mutual assistance between tax authorities, automatic exchanges Insights Special Edition | Table of Contents | Visit www.ruchelaw.com for further information. 305 of information, and the exchange of tax rulings and advance pricing arrangements in the field of transfer pricing.

Malta is also an early adopter of the Common Reporting Standards and Country-by-Country Reporting obligations. Under Phase II of the O.E.C.D.’s Peer Reviews, Malta has been classified as “largely compliant” in matters of transparency and exchange of tax information. The United Kingdom, Germany, the Netherlands, and Italy received comparable clarification. In June 2016, together with other Member States in E.C.O.F.I.N., Malta approved the Anti-Tax Avoidance Directive (“A.T.A.D.”). Throughout its presidency of the European Commission, all Member States gave approval for the A.T.A.D. 2 in February 2017.

Opening a company abroad has certain caveats. One important concept is that of effective management. You can’t just open a company wherever tax is lowest and operate from there while living in another country. Your company in a foreign jurisdiction needs to have substance since many countries operate under CFC rules (controlled foreign corporation).

The country where you reside may attempt to tax the profits of an overseas company if such company is deemed to be a resident in its territory because its effective management or/and control is exercised therein.

How do you add substance?

Furthermore, you can add more substance to your company’s presence in that country using the following strategies:

It is very important to consider the effect of any double taxation treaty existing between the chosen country for your company and your country of residency. A double tax treaty is essentially an agreement between two countries which determines which country has the right to tax a person or company in specified situations. Therefore, the main aim of double tax treaties is to ensure that the same income is not taxed twice.

Alternative 1 – Residing in and running a company from Andorra

If you like mountains and a quiet life with a high standard of living, Andorra might be a good option for you. I’ve written a separate post about my analysis of Andorra as a base for both companies and families.

Alternative 2 – Opening a Company in Estonia

In Estonia, there is no corporate income tax on retained and reinvested profits.

Starting from January 1, 2018 – the corporate income tax rate on regular profit distributions was lowered from 20% to 14%, but only in cases where dividends are paid to legal persons.

Its tax system is fully OECD-compliant and it boasts an extensive tax treaty network while also exchanging tax-related information with more than one hundred jurisdictions in the world on the basis of the relevant OECD convention, which also means such information exchange is also available to those with whom it has no valid tax treaty.

Estonia still collects a sufficient amount of corporate income tax from its tax on distribution of 20% on sporadic or 14% on regularly distributed profits (7% withholding tax adds to the latter if distributed to natural persons).

Estonia’s taxation system does have favorable features for investors — including a unique corporate income tax system that has worked well for almost 20 years — but a company can only benefit from it on its profit attributable to Estonia. This is the same thing I described in Malta’s case above. If your activities create a permanent establishment elsewhere (a fixed place of business in a foreign jurisdiction), this may give rise to taxation there.

If, for example, a French entrepreneur opens a business in Estonia through e-Residency, but all of his or her physical operations are from France, the work is carried out in France, and all of the sales are done to France, then with 99,9% probability there will be a permanent establishment in France and all of the profits on these fully French operations will be taxable in France. No one must have any misconceptions about that. In addition, should there be international operations the profits of which would be taxed in Estonia, then the dividend paid to a French resident will be subject to tax according to the French tax rules on private individuals (and the French authorities will receive adequate tax information from Estonia).

Note that this is just a summary of my research on the topic and my discussions with various tax consultants. It should not be taken as tax advice. When in doubt, you should always consult a trusted tax consultant to help you fill out this submission. If you would like to set up an appointment to discuss how you can set yourself up using the strategies above, please contact me and I might be able to offer you the contacts of trusted companies I have worked with myself.