END_OF_DOCUMENT_TOKEN_TO_BE_REPLACED

One of my favorite podcasts is The Tim Ferriss Show, hosted of course by 4 hour workweek mastermind Tim Ferriss. If you haven’t checked out his latest book, head over to Amazon right now, you need to get a copy of it: Tools of Titans.

One of the guests on Tim’s show was Derek Sivers, and I’m also a big fan of his blog, especially his book summaries.

So in this interview Tim asks Derek what advice he’d give to his thirty year old self.

Derek replies: “Don’t be a donkey”.

I found the reply and it’s explanation very fascinating and it really hit home.

So what does Derek mean by that?

Many 30 year olds are trying to pursue many different directions at once, but not making progress in any.

Or they get frustrated because the world wants them to pick one thing, and they want to do them all. Why do I have to choose?! I cannot choose!

The problem is that they’re acting short term, as if you don’t do them all this week, they won’t ever happen. But the solution is to think long term; to realize that you can do one of the things for a few years, then do another one for a few years, and so on.

The analogy with the donkey comes from a fable in which a donkey that is equally hungry and thirsty is placed precisely midway between a stack of hay and a pail of water. Since the paradox assumes the ass will always go to whichever is closer, it will die of both hunger and thirst since it cannot make any rational decision to choose one over the other.

A donkey can’t think of the future, if he did clearly he would realize that he could first drink the water and then go eat the hay, or vice versa.

I’m in my early thirties and I can relate to this issue 100%, in fact I’ve already written about the shiny object syndrome in the past. I’m also currently stacking up books about decision making and going through them, precisely in order to help me make sense of the many opportunities that present themselves and avoid that dreaded FOMO (Fear Of Missing Out) and decision paralysis.

END_OF_DOCUMENT_TOKEN_TO_BE_REPLACED

To give some practical examples, if you’re from a Eurozone country and you are shopping in the UK, the advice below will apply to you. The same holds true if you’re a Eurozone resident and are buying products from a UK-based website such as Amazon.co.uk.

As a rule of thumb, you should always opt to be charged in the local currency of the country you’re in! If you’re in Thailand choose Thai Baht, in Spain, Euros or in the United States, Dollars.

If you choose ‘with conversion’, the merchant or ATM provider can apply their own exchange rate. This rate usually has a mark-up on the interbank rate, enabling the ATM provider or merchant to make a profit on your transaction.

ATM withdrawals are free up to £200 (or currency equivalent) per calendar month. A 2% fee applies thereafter.

Currency conversion is done at live interbank rate with no fees up to £5000 (or currency equivalent) per calendar month. A 0.5% fee applies thereafter. At the weekend (Friday 00:00 – Sunday 23:59) Revolut applies a small mark up on the spot rate as the Forex markets are closed. They take the rate from Friday 00:00 and apply a 0.5% mark up on major currencies and 1.0% on other currencies to protect the company from potential losses due to a large fluctuation in the rate. For illiquid currencies like Russian Ruble and Thai Baht, there is 1.5% mark up on weekend.

Do you have any other tips to share? Let us know in the comments section below. 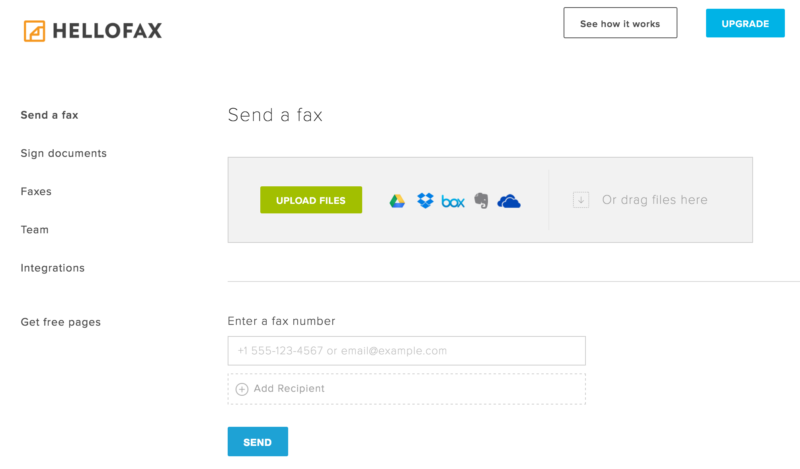 Fax machines must be one of the most loathed gadgets ever invented, however, they are still in use by many corporations and governments.

If you have been asked to send a fax to someone and you don’t have a fax machine at home or in your office, worry not, I have a great solution for you.

With the free plan, you can send up to 5 free faxes per month. If you need to regularly send and receive faxes (yes, you can also receive faxes, they get sent to your email account), you can purchase a monthly subscription for just $9.99. That will give you up to 300 pages per month.

Of course, there is also a 30 day no strings attached trial.

For occasional use, I’ve just stuck to the free plan which works swimmingly well and has solved the fax problem for me going forward.

Send a free fax with HelloFax

Another great option for sending faxes, just in case you need to send more pages than the ones HelloFax gives you for free, is Fax.Plus.

To receive faxes with FaxBurner all you need to do is sign up for a free account, then create a free number using the interface. You are then able to receive faxes on that temporary number.

Send a free fax with FaxBurner 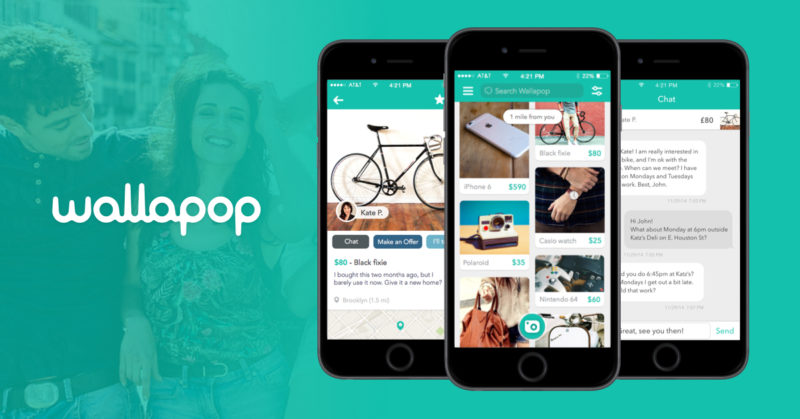 Looking to save some money and buy second-hand items in Spain? These are the top sites to check out:

If you want to save money but buy new instead, check out my favorite online shops in Spain.

Have I missed out on your favourite second-hand items site? Let me know in the comments section.