Update March 2017 – I have now stopped using Facebook in any meaningful way. I still have my profile active, so I haven’t technically closed the account, however I no longer use the platform and indeed have it blocked on all my devices using Freedom.to. If you want to block it without using Freedom, you can have a look at this post.

After one month of taking this decision, I feel great and I don’t plan on going back. First of all, I’ve gained 30 minutes to 1 hour daily. This does not only take into account direct time checking out stuff on Facebook, but also the switching cost of going from productive work to checking Facebook and back. That’s up to 7 hours per week gained, which is absolutely awesome.

Secondly, I don’t compare my life to others as much. I’m not one who typically does that, but looking at all the photos and videos of other people is directly aimed at provoking such feelings, and it does take its toll in the end.

Thirdly, I have stopped oversharing and going into petty arguments with people online. There is no point really in sharing small random thoughts or photos on Facebook, at least not to me. I found that it promotes a culture of fast consumption, where the urge to post is almost a reflex action as soon as I get served a great plate at a restaurant, hear a nice quote, or visit some place with incredible views. Now I can just enjoy the moment and focus on sharing it with whoever is present with me, because that is what really matters. This slow living style has also helped me think about things in a deeper way, and consequently post in long form on my blog rather than post shallow statuses on Facebook.

Every once in a while I hear of someone who has decided to exile himself from Facebook by closing off his account. I also know a few others who have never joined.

Myself? I’ve been a Facebook user since the very early days, having joined in 2006. That makes it 10 years of Facebook usage, yay!

When I hear that someone has left Facebook I almost always stop to think about it. A little rebel spirit inside me urges me to consider doing the same. We all know that Facebook is the biggest enemy of productivity don’t we?

Well, is it really?

I’ll be the first to admit that yes, at times I have spent way more time on Facebook than I should have. The problem wasn’t Facebook itself though, it was something deeper than that. As I have grown to be more organised and productive in general, the “spending too much time on Facebook” problem seemed to slowly fade away. I therefore came to understand that the real problem had been a lack of time management and also a lack of motivation to do the task at hand.

This year I am making a concerted effort to outsource those parts of my job which tend to bore me or slow me down, hence increasing the chances of me procrastinating and finding outlets like Facebook to entertain myself instead of doing that dreaded piece of work.

If we discount the typical problem of Facebook being a huge time sucker, the next thing to consider is whether this social network is of any value at all. Am I just part of the people watching herd? Do I use it for learning random useless tidbits on other people’s lives?

Turns out that no, I actually use Facebook for some very useful purposes.

END_OF_DOCUMENT_TOKEN_TO_BE_REPLACED 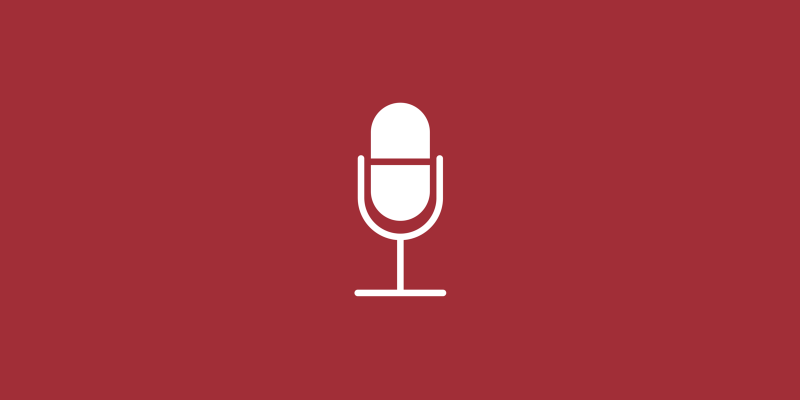 Update February 2016: I have now launched my own podcast for WordPress entrepreneurs, check it out over at Mastermind.fm

Podcasts have become one of my favorite ways to consume business material. While I still love reading and will always treasure books, podcasts make it possible for me to make even better use of my time.

Before the advent of podcasts my time at the gym and walking/traveling around was mostly dead time. Now, I just have to pop in a pair of headphones and continue consuming the best podcasts (and even audiobook versions of my favorite books).

The subject of podcasts also comes up frequently in my mastermind meetings, a sure sign that other entrepreneurs are also into the best business shows out there.

Here are my favorite podcasts in the areas of business and entrepreneurship.

This is my all-time favorite podcast as it never fails to be interesting. Tim has of course made a big name for himself with his 4 hour series of books and on the strength of that he has been able to consistently attract superb guests to his show.

He also comes across as a very down to earth person, somebody you can relate to. I’m sure many entrepreneurs and lifehackers will identify with the topics discussed on this show. While it is not always business-focused, it is most definitely always interesting.

Andrew Warner has been producing Mixergy for what seems like ages now, and his experience comes through in the quality and consistency that is provided in each and every episode.

In this podcast you will meet successful entrepreneurs who are coaxed by Andrew into revealing their methodologies and most important facts about their businesses and how they were able to be successful.

Startups for the Rest of Us

I had the opportunity to meet Rob and Mike this year at Microconf Europe in Barcelona. They’re both successful bootstrapped business owners, and in their podcasts they discuss topics related to starting and sustaining a business from scratch.

This podcast is especially good for those who own a SAAS product.

END_OF_DOCUMENT_TOKEN_TO_BE_REPLACED

I’m quite a productivity nerd, and I’ve always had an affinity for the latest apps on the market. Combine the two and you get a very nice mix of options to choose from when designing a productivity workflow.

Here’s how I organize things. 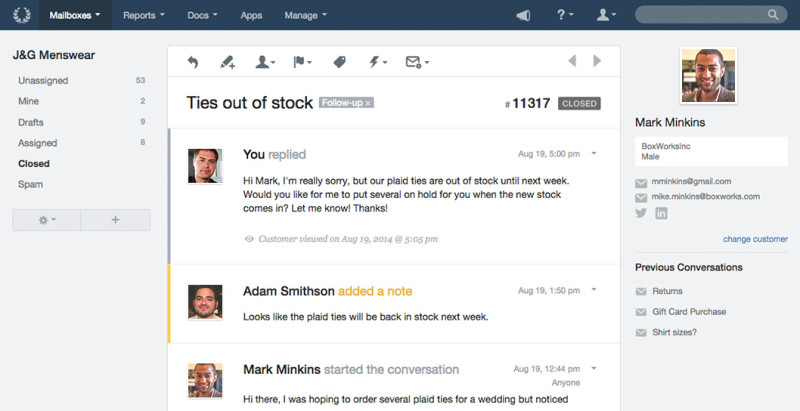 HelpScout is the ticketing system that we use to provide support for WP RSS Aggregator. On a daily basis, I might have a few tickets assigned to me, although the majority are very ably handled by the rest of our team. So I usually clear my tickets twice a day, once in the morning and another in the evening. 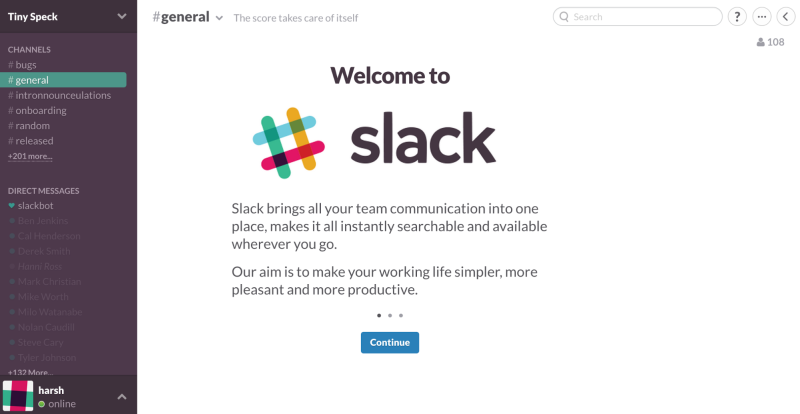 Slack is an awesome chat application that I use to connect daily with the rest of my remote team. It excels in integrations. For instance, I have it set to notify me whenever I’m assigned a new ticket in HelpScout.

Since I keep Slack open at all times, it’s one of my main control panels for anything business related. Within our team, we have almost completely eliminated email for communications and replaced it with Slack.

Within Slack I can also set the occasional reminder. These reminders tend to be very specific to the projects we work on. Consider this situation. I want to talk to a team member about a low priority item that has cropped up, but the team member is currently offline. I’ll therefore use the /remind command in Slack to set up a reminder that will ping me the following day or in a few hours. Simple and effective.

END_OF_DOCUMENT_TOKEN_TO_BE_REPLACED 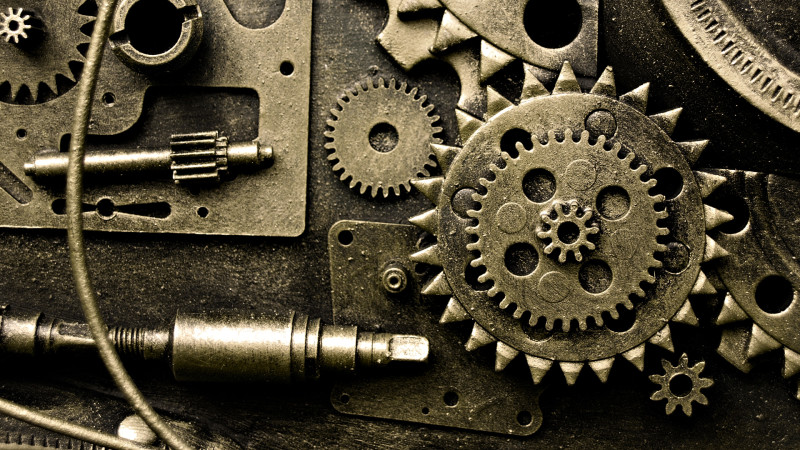 When I started my own business, I wanted to make sure that from the very start the business would not be dependent on me. I wanted to move away from trading hours for work (the freelancing world) and build a long lasting business that would be successful irrespective of whether I was present or not.

That would give me the freedom to always be on top of my game and spend my time strategizing about new business opportunities as well as being able to fulfil my longtime wish to travel the world and live as a digital nomad.

I realise that this idea might be hard to fathom, after all most businesses are highly dependent on their founders and top management. But it’s possible. I know, because I’ve done it myself.

The secret is Systemization.

In a nutshell, that means breaking down all the processes that create value in your business, and recording them. Then start delegating all these processes to other people.

END_OF_DOCUMENT_TOKEN_TO_BE_REPLACED

In this post I’ll explain PayPal’s cross border fee system. But first, a short recap on the fees that PayPal imposes in general.

PayPal charges fees whenever a transaction takes place. The one charge that is always present is PayPal’s own fee which goes towards paying off the processing of credit card payments.

Visa, MasterCard and American Express charge PayPal for every payment they process, and so they need to pass this fee on to sellers to cover their costs. They also need to make a profit on each transaction so part of that fee goes towards that purpose.

To recap, these are three instances that will trigger PayPal charges:

I am mostly concerned about the accepting payments for your business with PayPal, so I won’t be discussing the third scenario. I’ve also discussed the fourth scenario in previous articles on this site.

We’ve already talked briefly about the first scenario above, and to give you an idea here’s what you would be paying if you were based in the following countries:

As a side note, note that is very advantageous to have your PayPal account based in the US from a fee perspective, you get to pay 0.5% less than your European counterparts on the value of the transaction and also a lower fixed fee per transaction.

Moreover, if you are based in Europe but the bulk of your customers are based outside Europe, you will also be paying the cross border fee on top of paying more in basic fees.

On top of that, if you are charging everyone in Euros, you would also be hit by a currency conversion fee from, for example, USD to EUR. More on that later in this article.

It is also worth noting that there are discounts based on volume, so lets take Spain as an example. The screenshot below shows the sales ranges and corresponding tariffs per transaction. It clearly pays to pass more transactions through PayPal every month.

As far as I remember, the bulk transaction discount won’t be automatically applied, you need to ask for it buy opening a support ticket with Paypal.

Cross border transactions, for example a UK seller selling to a US customer, trigger cross border fees, which is what I want to talk about in this article.