So you’ve followed fallen down the crypto rabbit hole, started buying and selling some Bitcoin, then bought some Ether, and perhaps even ventured further to buy some other altcoins.

After some time, seeing that you’re profiting massively, you decide to sell some of your tokens. Sometime later, you decide to buy a new token that you believe will revolutionize the world.

The problem is, of course, keeping track of all these purchases and sales. You want to keep track of whether you’re actually turning a profit or not, plus you need to calculate what you owe your country’s taxman at the end of the year.

Crypto taxes are a complex topic, but I’ve done my best to summarise the situation in several major countries, so check out my post on how Bitcoin and other cryptos are taxed around the world.

So what are your options for crypto tax preparation?

You could keep track of things manually using a tool like Excel, but this quickly gets out of hand, especially if you’re trading on multiple platforms or have multiple wallets.

The better solution is to use an online crypto tax preparation tool. Here are the best crypto tax software solutions.

CoinTracker is a useful platform that is suitable for cryptocurrency investors of all shapes and sizes. For example, you might be a passive investor that buys and sells a few coins each year. If this is the case, you should be fine sticking with the CoinTracker Free Plan, which permits up to 25 transactions.

I like the fact that you will still have access to the vast bulk of features on the Free Plan – especially capital gains reporting and your choice of accounting standards. At the other end of the spectrum, CoinTracker is especially useful if you actively trade cryptocurrencies,

Although you will need to pay a fee for anything above 25 transactions, the application has the potential to save you countless hours of manual reconciliation. In fact, you will stand the best chance possible of avoiding a mistake that in the long-run, could end up costing you significantly more in tax authority fines.

CoinTracking analyzes your trades and generates real-time reports on profit and loss, the value of your coins, realized and unrealized gains, reports for taxes and much more. With the prices for 7666 coins and assets, you’ll always have a complete overview.

This is one of the most complete services available out there. They have two offerings, one for crypto traders and the other for crypto companies.

Get your 10% discount on Cointracking plans

TokenTax is a crypto tax software platform and a full-service cryptocurrency tax accounting firm. This tool also takes care of tax loss harvesting. If you hold assets at a loss, then you can save money on your taxes. TokenTax’s Tax Loss Harvesting dashboard tells you exactly how much losses you can claim by strategically selling off assets. 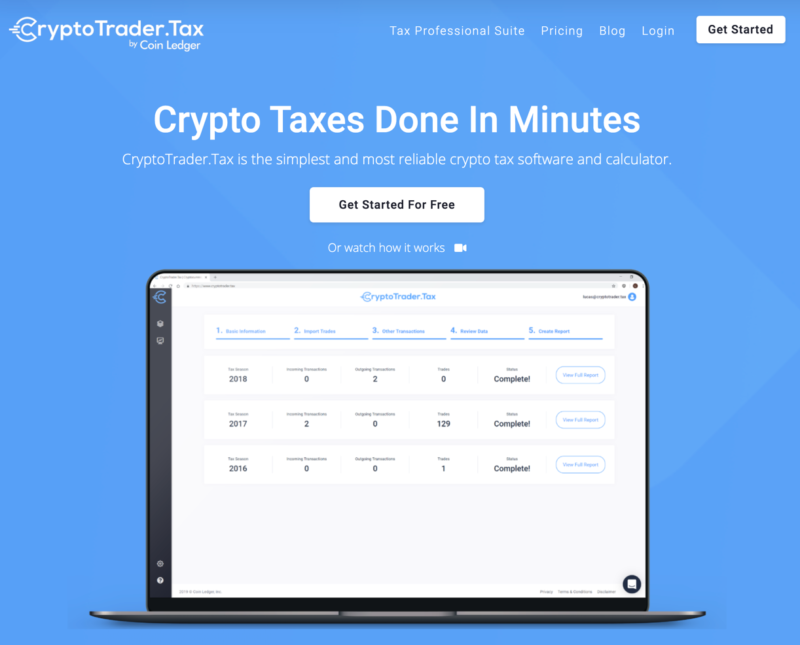 CryptoTrader.Tax takes away the pain of preparing your bitcoin and crypto taxes. Simply connect your exchanges, import trades, and download your tax report in minutes.

Ethereum has gotten a lot of flak over the past couple of years, but I believe it has the potential to provide better gains than Bitcoin itself in the immediate future.

It has a smaller market cap and does not have as much global recognition as Bitcoin does, which I view as a growth potential aspect.

The current hot trend in the crypto space are DeFi project, and guess what? Almost all of these projects are built on top of Ethereum. There is a ton of money flowing into DeFi and as a consequence I believe that this will bring about a significant rise in the price of Ethereum itself.

Also on the roadmap is the release of Ethereum 2.0 which has been in the works for many months and is finally nearing completion.

Second only to Bitcoin in Market Cap

Ethereum has been second only to Bitcoin in market cap for several years now. As of August 2020, Bitcoin’s market cap is still about five times higher than Ethereum’s.

If the current push for DeFi doesn’t wane, I can see that price ratio possibly getting closer to its previous highs, meaning there is a potential to make more profit investing in Ethereum than there is investing in Bitcoin.

If you do any kind of reading or research about Ethereum, you’ll find a lot of criticism, normally coming from hardcore Bitcoin maximalists.

Text conversation just now re: $BTC and $ETH with a good buddy who has been in tech for two decades pic.twitter.com/V8xYIdJr9a

The reality is that Ethereum is not a scam, of course. If you want to read more about the Ethereum journey and appreciate all the work that has gone into building this protocol, I recommend reading The Infinite Machine by Camila Russo.

One of the main arguments against Ethereum is the so-called pre-mine. Although it is true that a portion of the early eth coins were reserved for the founders, nowadays the distribution among big holders is almost the same as that of Bitcoin:

It’s important to contrast this with other networks:

It is very evident that Bitcoin and Ethereum are in a league of their own when it comes to equity of distribution. The concentration of holdings of the other networks mentioned above is reason enough not to invest in their tokens, but the same cannot be said for Ethereum, thus the premine argument does not hold water.

Moreover, the most influential person behind Ethereum, founder Vitalik Buterin, has proven to be very dedicated to the Ethereum cause and less pursuant of personal riches. He currently owns less than 0.9% of ETH and for every ETH he has sold, he has donated the equivalent to the ecosystem.

According to analysis of ETH movements, one can also see that there are significant transfers of USDC, USDT, DAI and Paxos from a handful of addresses into exchanges BEFORE large spikes in anti-ETH tweets (both spikes in volume and negative sentiment). As soon as the bad news is out and the price falls, they swoop in to buy big chunks of ETH at the lower price.

It’s hard to believe that there is something fishy going on behind the spreading of FUD as it usually comes from Bitcoin maximalists who have an otherwise very respectable position in the crypto community. But it is definitely something that makes me think that in the crypto space it is always very important to take any news with a pinch of salt.

END_OF_DOCUMENT_TOKEN_TO_BE_REPLACED 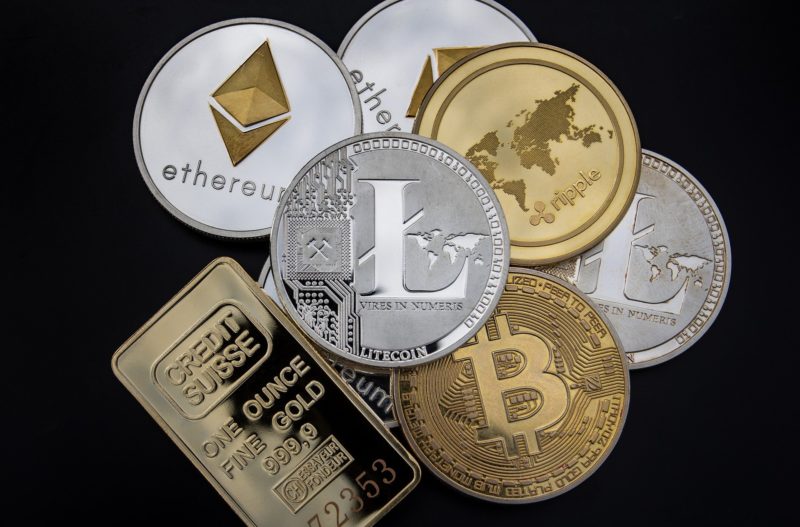 If you’re looking to reserve a small proportion of your investment portfolio into alternative assets – you might be considering cryptocurrencies. After all, the industry is now a multi-billion dollar trading arena. Not only does this include the retail investment space – but several institutional markets, too.

With that being said, it can be difficult to know which cryptocurrencies to invest in, not least because the space is now home to over 5,700 digital coins – as per CoinMarketCap.

As such, in this article, I am going to discuss which cryptocurrencies are potentially worth your attention in 2020. As always, the views expressed are those of my own subjective views – so always perform your own research!

END_OF_DOCUMENT_TOKEN_TO_BE_REPLACED 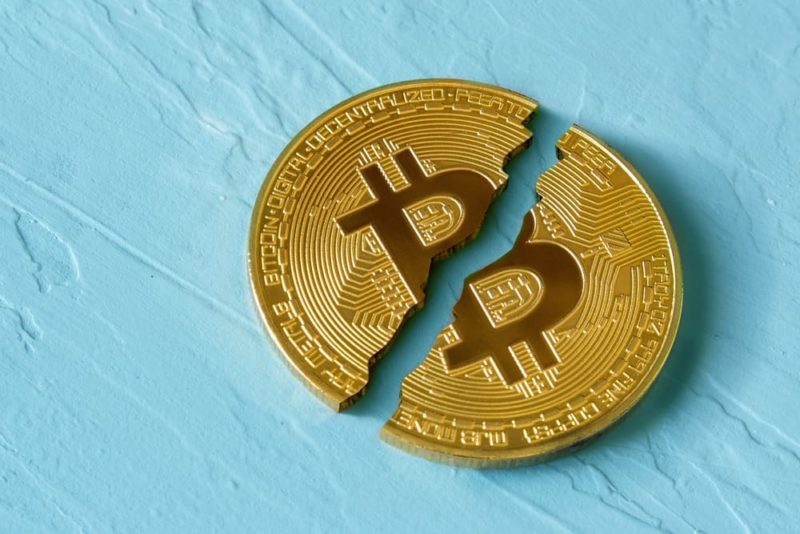 While I think that Bitcoin is my generation’s greatest innovation and is here to stay, I see some big hurdles that need to be overcome before it can really go mainstream.

Many people believe that Bitcoin has already gone mainstream, but the reality is that outside of the world’s most developed nations and, ironically, some of the most troubled nations (Venezuela, Argentina are two examples) the vast majority of the world’s population has little or no knowledge of Bitcoin, let alone any holdings.

I, therefore, believe that it is still very early days for the crypto space in general, and that there is enormous potential for growth both in terms of technology and in terms of valuation. However, there are some important hurdles that need to be progressively overcome in order for this crazy experiment to succeed long-term.

END_OF_DOCUMENT_TOKEN_TO_BE_REPLACED 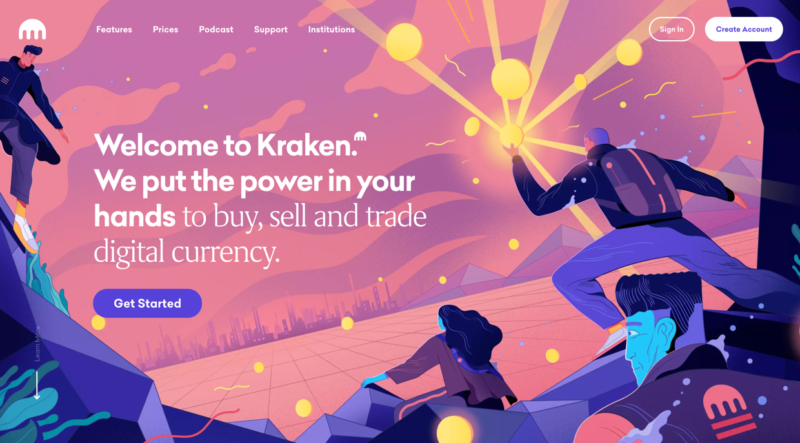 Kraken is probably the world’s most well-known and secure exchange, and is definitely one of my favorites.

Jesse Powell, the founder and CEO also has an excellent reputation within the crypto space, as do many leading figures in the team, and that inspires a lot of confidence. 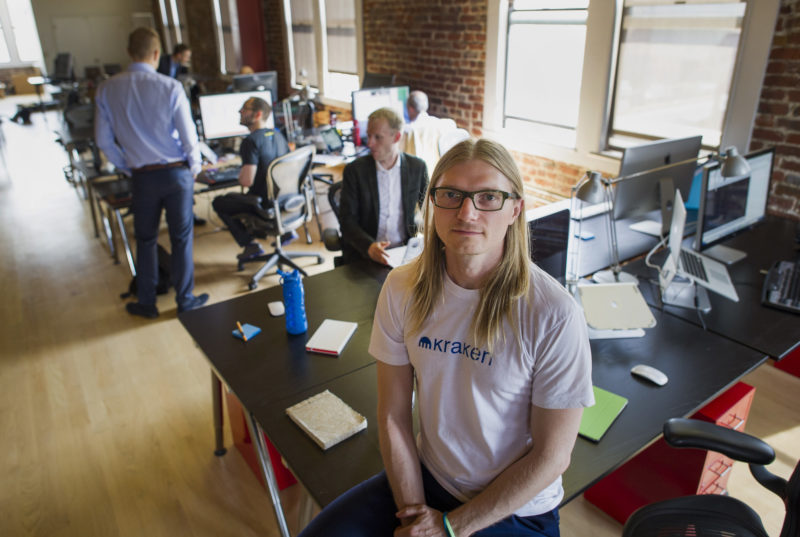